Nearly half the states, 23 states, and the District of Columbia allow medical marijuana. Voters in four states have legalized pot for recreation, and a majority of Americans favor legalization.  Research about how marijuana affects our brains and bodies is an urgent issue.  There is less hard science about marijuana than you might think. Hampton Sides is author of the National Geographic June cover story “Weed: The New Science of Marijuana.”  He is an acclaimed journalist and the author of the bestselling non-fiction adventure stories Ghost Soldiers, Blood and Thunder, Hellhound On His Trail.  His latest best-seller In the Kingdom of Ice, will be released in paperback by Anchor Books (2015) this month.

All images are from the June  issue of National Geographic magazine.

At Noho’s Finest, a medical marijuana dispensary in the Los Angeles area, Damaris Diaz checks the scent and stickiness of her products. Crossbreeding has yielded powerful new hybrid strains that are much higher in psychoactive THC than those in decades past—a source of concern for health officials, who cite evidence that the prolonged smoking of high-THC varieties can adversely affect the developing brain. © Lynn Johnson  /  National Geographic

At Denver’s LivWell, which has an enormous indoor growing operation, workers remove marijuana leaves before the buds are trimmed, keeping the plants destined for medical use separate from those for recreational use. After Colorado legalized marijuana, thousands of young people from all over the world flocked to the state to participate in the multimillion-dollar business phenomenon that’s been called the Green Rush.  © Lynn Johnson / National Geographic

Lily Rowland receives a dose of an oil derived mainly from cannabidiol (CBD), a nonpsychoactive substance in marijuana. She used to suffer hundreds of seizures with violent convulsions every day. Her family moved to Colorado, which voted to legalize marijuana in 2012, so that she could begin a daily regimen. © Lynn Johnson / National Geographic 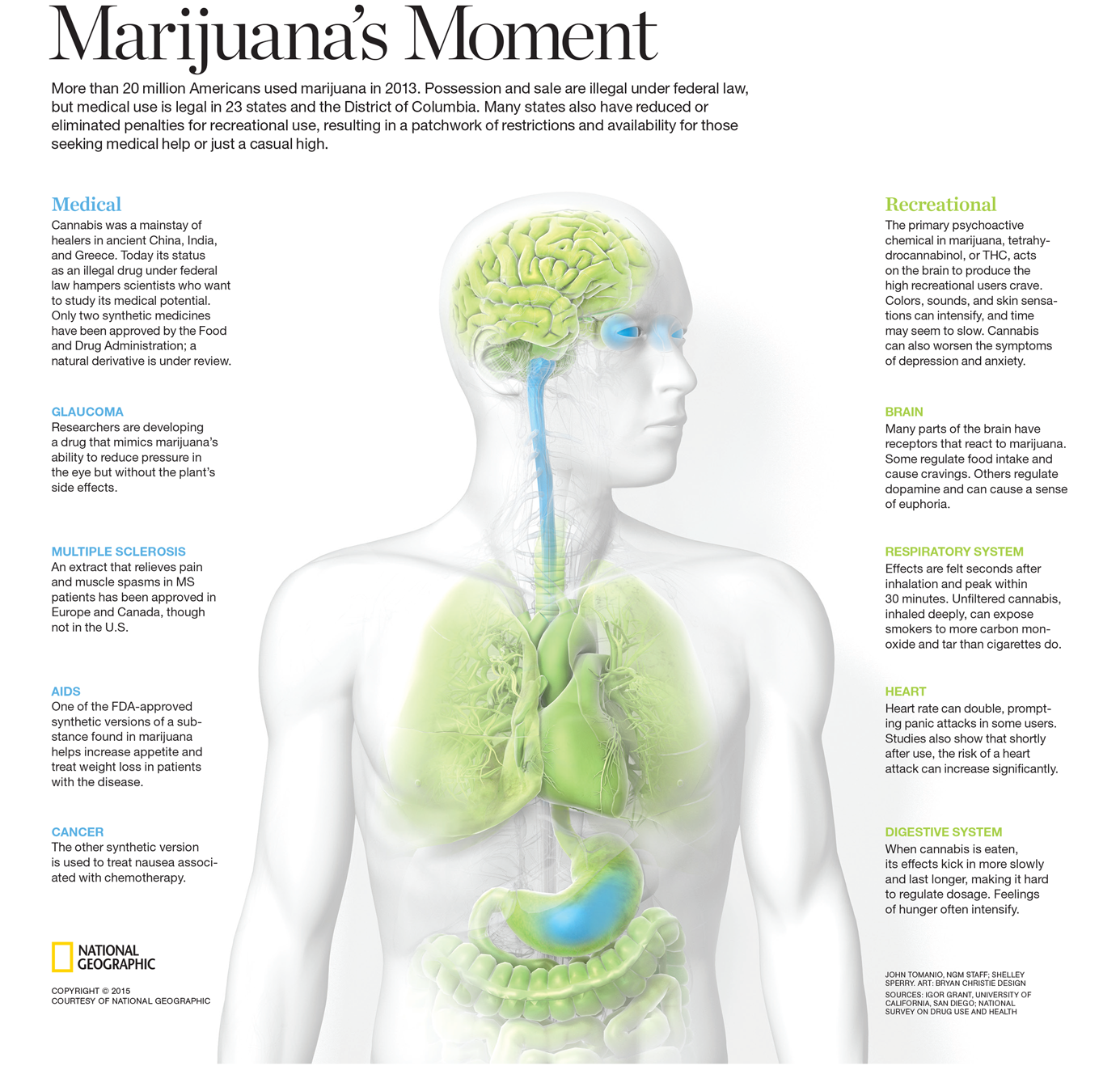 News Network: Healthcare For The Undocumented In Sacramento County