Listen
/
download audio
Update RequiredTo play audio, update browser or Flash plugin.
As the drought wears on in California, groundwater levels are reaching record lows in the Central Valley and land is sinking faster than ever. The state’s Department of Water Resources released a NASA report Wednesday showing land in the San Joaquin Valley is sinking nearly two inches per month in some areas. Sinking land, known as subsidence, has occurred for decades in California because of excessive groundwater pumping during drought conditions, but the new NASA data shows the sinking is happening faster, putting infrastructure on the surface at growing risk of damage. And, over time, subsidence can permanently reduce the state’s ability to store water underground. Deputy Drought Manager for the Department of Water Resources Jeanine Jones joins us to explain what the state is doing to slow the rate of subsidence and protect vital infrastructure such as canals, pumping stations, bridges, and wells. 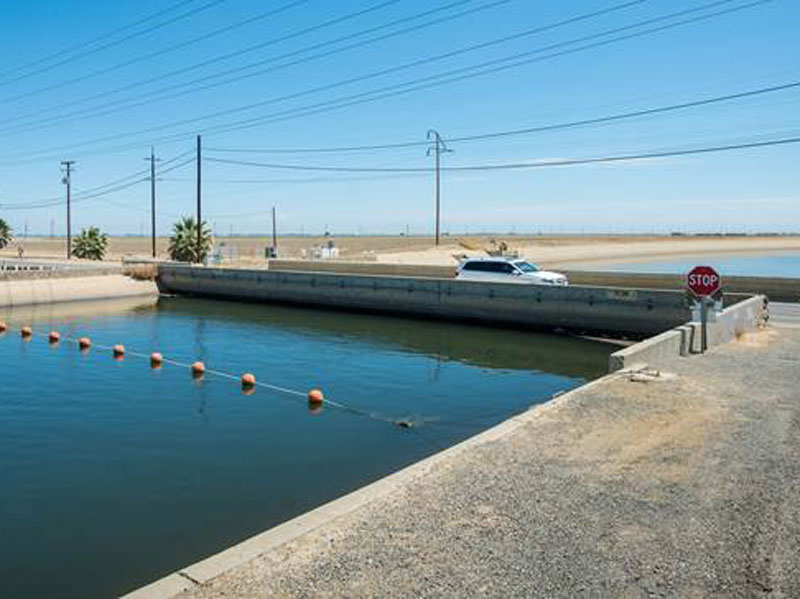 The land sank so much at this location at the Delta-Mendota Canal, that now this bridge nearly touches the water. File / Department of Water Sources