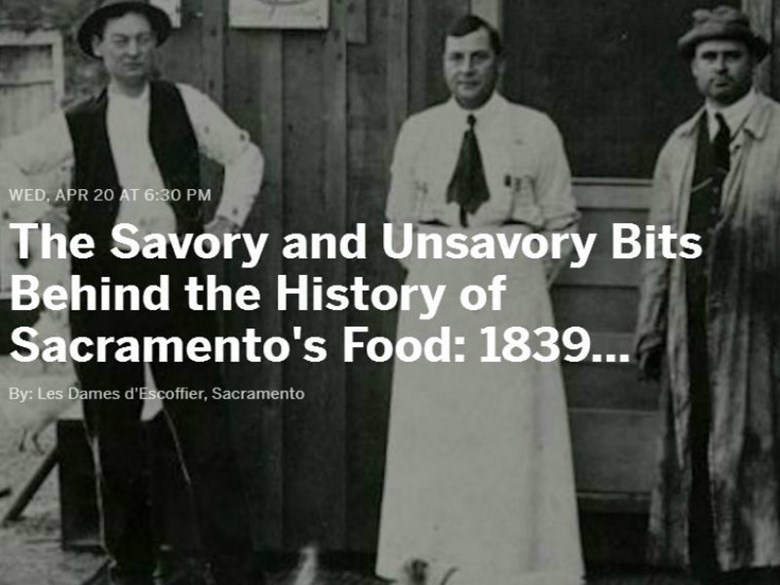 There is an international women-only food and wine society that's been around since the 1970s. The group has been growing and expanding into new cities and communities. Sacramento was granted a chapter last year and is hosting its first official event on April 20.

Saddle Rock oysters from the Sacramento River were depleted long before the original Saddle Rock restaurant opened in 1872. After the 1850s, oyster saloons, cafes and restaurants relied on oysters from beds in Alameda, or from Oregon and Washington. New train service brought large East Coast oysters packed in brine in huge barrels that sailed around The Horn. But it was the Saddle Rock that was most associated with oysters. For years, any large oyster that didn’t already have a “marketable” name defaulted to the name Saddle Rock.

Note the use of Worcestershire Sauce, born in 1835, and Tabasco of 1868. Both were already era-appropriate necessities in this recipe. Burns always reserves some of the oyster liquor to add a little to the tomato juice, but not all of it. Sacramento Brand tomato juice still exists, but it's made in Indiana.