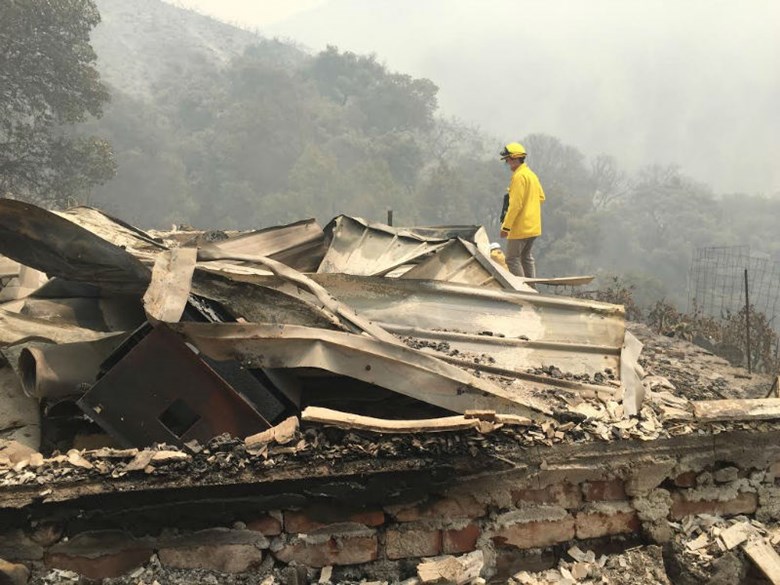 It’s been 12 days since the start of the Sobranes Fire near Big Sur, and the blaze is just 18 percent contained. Kristin Almanzan, the news director of the Central California Coast public radio station KAZU, spoke with Insight Tuesday about how the fire has affected the industry most essential to the area: tourism.

“For Big Sur, especially when you talk about the community of Big Sur, tourism is really the only industry,” she said. Hikers and backpackers often make reservations for coveted state parks sites like Julia Pfieffer Burns State Park on the coast months in advance.

Though Highway 1 remains open, parks that draw in thousands of tourists each summer have shut their doors. However, restaurants, hotels, and businesses have been safe. Though the Sobranes Fire is linked to Big Sur in most reporting, Almanzan says that the flames are primarily affecting rural areas rather than the town’s community.

“The fire is south of Carmel, in Big Sur but not necessarily what people consider the community of Big Sur,” she says. “The fire is inland, in a steep rugged area. Many of the roads are unpaved, so this is really remote, rugged country.”

Limited accessibility has been a significant challenge for firefighters. Almanzan herself said that when she went to the fire line, a site that was the closest to nearby base camps in Salinas, Carmel, and Big Sur, the drive took an hour.

“Firefighters are having to hike in, they’re being flown in. that really takes away from time where they could be fighting this fire. They’re working in 24 hour shifts.”

This difficulty led to the dispatch Monday of 380 National Guard troops to assist Cal Fire in their efforts. As of Tuesday morning, Cal Fire said the blaze was at 43,400 acres. Almanzan said that officers estimate it could reach 165,000 acres in a worst-case scenario.

Despite the low containment percentage, Almanzan said that the rural location of the fire has kept many homes and communities safe. Fifty-seven homes have been destroyed so far, but that number’s been stagnant for five days -- if the fire continues on its path towards the remote Los Padres National Forest, firefighters hope it will continue to bypass established communities.

There has been other hopeful news: popular state park Point Lobos has been reopened though the road accessibility is limited. For those planning trips to the areas near the fire, Almanzan warns against disaster tourism.