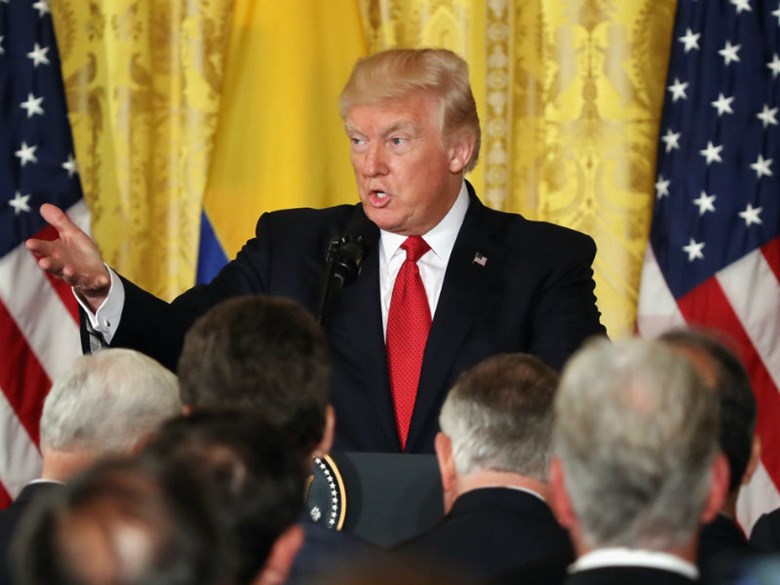 President Trump returned from his nine-day trip to Italy and the Middle East with an audacious claim: His visit generated billions of dollars and saved millions of American jobs.

Just arrived in Italy for the G7. Trip has been very successful. We made and saved the USA many billions of dollars and millions of jobs.

Joining Holan is PolitiFact California reporter Chris Nichols with two of his latest fact checks of his own about Gov. Jerry Brown, one them a claim by Assemblymember Jim Patterson of Fresno.

'The Last Days Of Café Leila': A Story Of Exile And Nostalgia