It’s 53 years since Stanley Kubrick’s “Dr. Strangelove” hit the silver screen, yet the film continues to resonate with audiences more than five decades later. The dark comedic satire envisions a world where a rogue Nazi scientist attempts to launch a nuclear missile against the Russians. The screening is the opening flick for the Crocker’s summer series Art on Film. Curator Jacob Greenberg joins Insight with fun facts about Kubrick’s classic comedy as well as all of the films being screened at this year’s event. 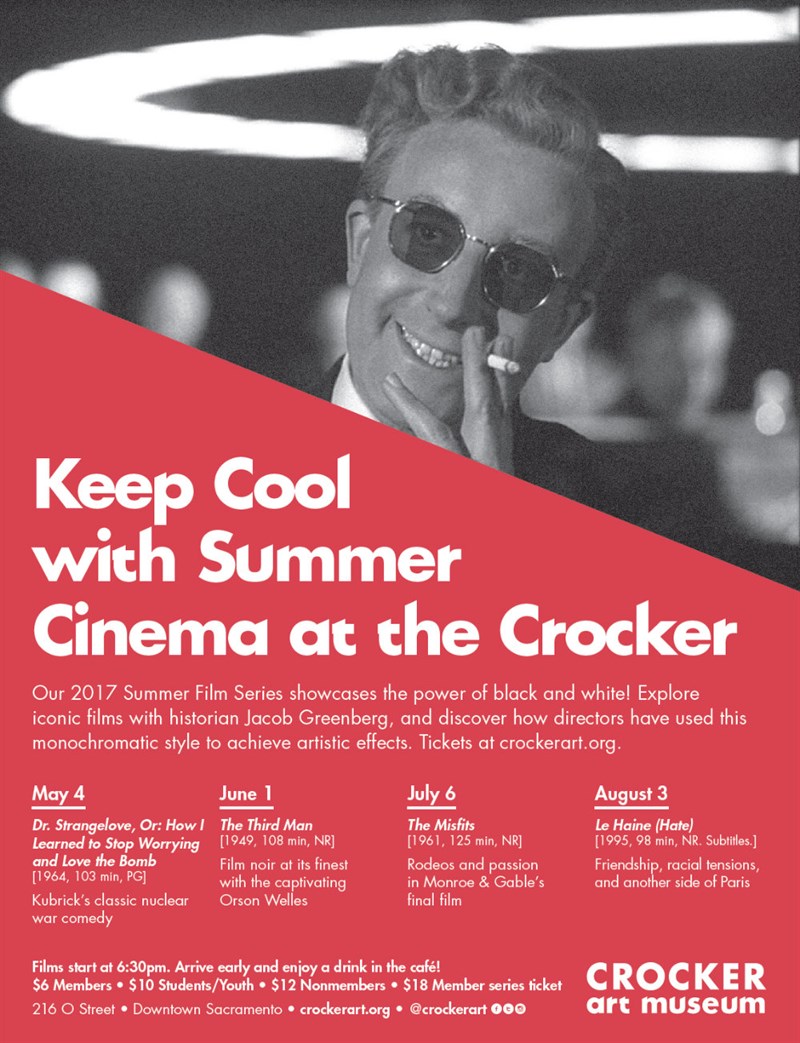