New Podcast 'Tell Them, I Am' Shares Everyday Stories Through Muslim Voices

Before Misha Euceph started her newest podcast she knew she wanted to create a space for people to tell personal stories that transcended the one-dimensional ideas of what it means to be Muslim. She found depictions of Muslims across media to be limited to issues like Islamophobia, terrorism or religion. She wasn’t hearing enough stories of Muslims as people first. As a Pakistani-American who grew up with liberal parents, however, she knew there was more to life as a Muslim person than common portrayals.

Her latest podcast, “Tell Them, I Am” spotlights these stories. In each episode, she asks guests to talk about a defining moment in their lives. She shared her own story in a foreword released on May 3. The podcast officially launches May 6, with a new episode released each weekday through Ramadan.

“Tell Them, I Am” has celebrity guests like Tan France from the Netflix series “Queer Eye,” actress Alia Shawkat and others. Inspired by both Muslim comedian Maz Jobrani and religious texts, Euceph aims to explore the sometimes funny, sometimes complicated, always human stories of Muslims. 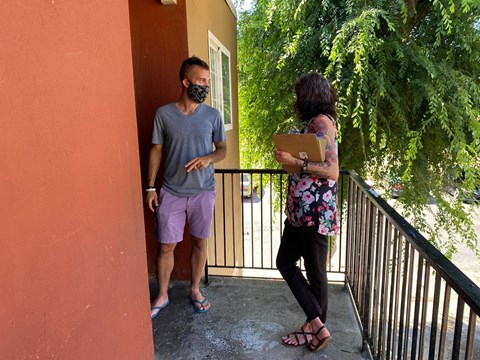 Hundreds of Sacramento Kids Stopped Schooling Due To COVID-19