The family of Stephon Clark spent the one-year anniversary of his death commemorating him with music, consolation and calls for justice.

At the Genesis Church in Meadowview on Monday, neighborhood residents and Clark’s loved ones gathered to celebrate the 22-year-old’s life and legacy. He died March 18, 2018, after Sacramento police shot him in his grandmother’s backyard.

The gathering was more uplifting than sorrowful. Some attendees wore bright clothing, others came in T-shirts that read “I Am SAC,” with Stephon Alonzo Clark written underneath. A slideshow projected photos of the young father with his two children, as well as images from the many demonstrations and marches that have erupted in Sacramento since his death.

“It was just love and peace,” she said. “We all just feel so happy, cause we’ve got support. And we haven’t got our justice, but we’re gonna get it.” 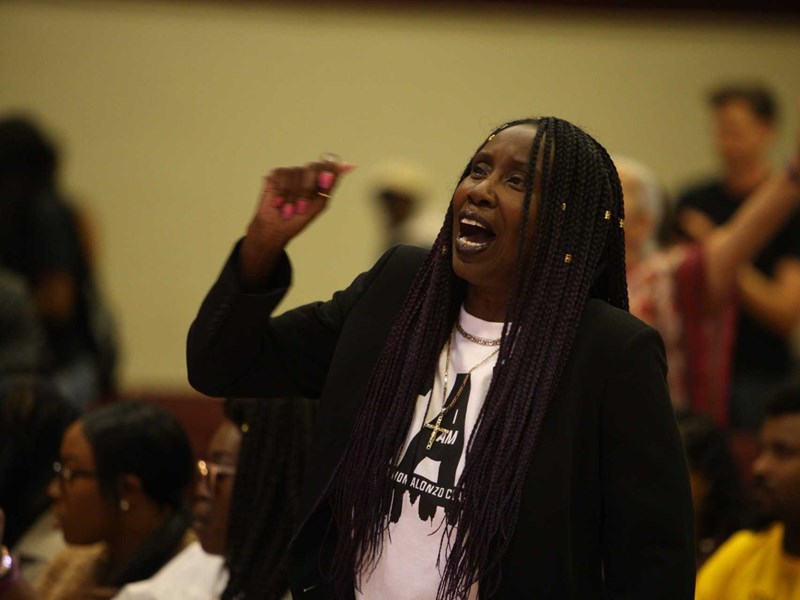 Sequita Thompson sings along during the memorial for her grandson, Stephon Clark, at Genesis Church in Meadowview.Andrew Nixon / Capital Public Radio

Earlier this month, both local and state attorneys announced they would not charge the officers who shot Clark. But the family is not backing down on calls for justice. They’ve filed a wrongful death suit against the city, and are awaiting word on whether the officers will be fired.

Ben Crump, an attorney who has represented the families of other unarmed black men killed by police, criticized Sacramento District Attorney Anne Marie Schubert’s investigation. He questioned her choice to reveal personal information gathered from Clark’s cell phone that suggested he may have been suicidal.

“After they kill our children, then they kill their character,” he said. “They did it with Trayvon, they did it with Mike Brown, now they’re doing it with Stephon. And when you look at what she did, it’s on a whole different level.”

Listen to CapRadio's Sammy Caiola describe the scene inside the memorial.

“I’m not gonna sit and let you shoot this brother down, and with no grand jury and no evidence, acting as though he was the cause of your police doing something that was unjustified and was malicious,” he said. “That is not going to happen as long as we’re able to stand and breathe and speak for justice.” 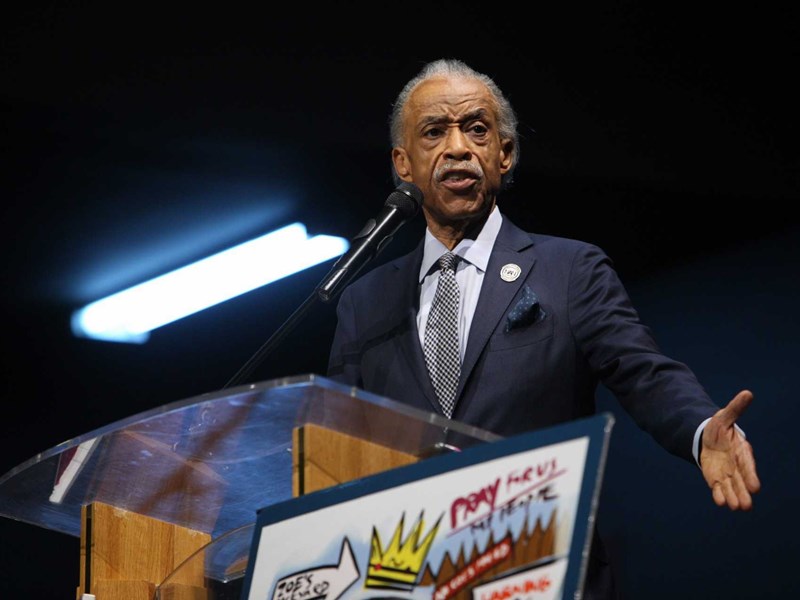 The Rev. Al Sharpton speaks at a memorial for Stephon Clark at Genesis Church in Meadowview on the anniversary of Clark's death.Andrew Nixon / Capital Public Radio

Before the commemoration, Sharpton and the Clark family spoke in front of the state Capitol, where the reverend pushed for a new law that would require grand juries to hear sworn testimony in police shooting investigations.

“You cannot give the singular authority to a DA to decide on the fate of a case,” he said.

He argued that grand juries will hold witnesses accountable and bring transparency to investigations, citing Schubert's decision not to prosecute the officers who shot Clark, in part because the officers believed he had a gun.

"This case is a national disgrace, because what the DA has done is say that police have the right based on their imagination to use deadly force,” Sharpton said.

No lawmakers have taken up Sharpton's proposal, and it is likely that law-enforcement groups would strongly oppose it.

The commemoration ceremony finished, as it started, with music and praise. Attendees then went outside to release a mass of white balloons with Clark’s name written on them.