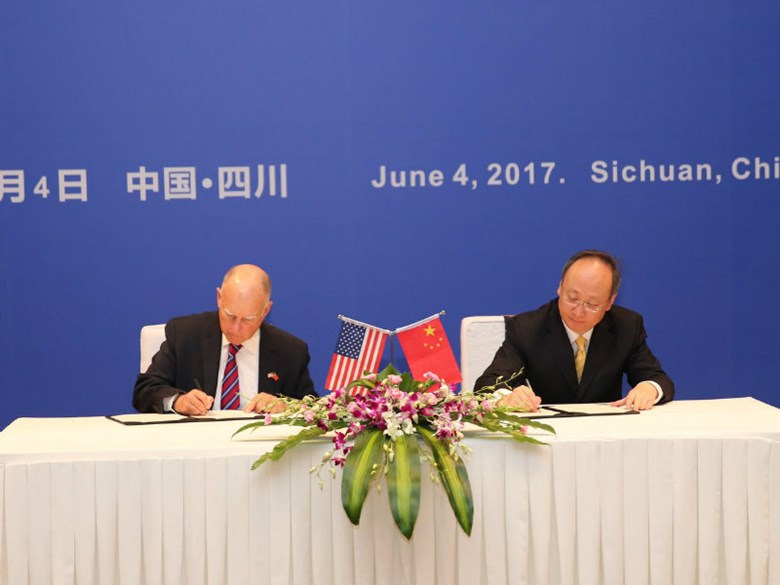 Gov. Jerry Brown is on a week-long trip across China speaking with regional leaders about the future of climate change.

His most recent stops include a panda sanctuary and the Sichuan Province, where he hopes to create a partnership to reduce emissions globally.

He omitted the use of Trump's name by saying the burden of leading the climate change initiative is on Chinese President Xi Jinping with former President Barack Obama out of office.

State Government reporter Ben Bradford has been following Brown and has more information on the governor's stops in China.