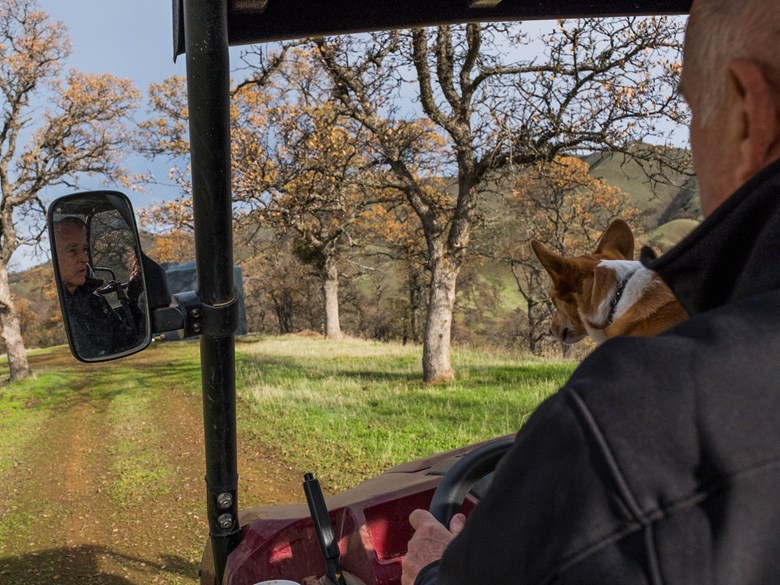 Gov. Jerry Brown rides around his ranch with his dog, Colusa, in rural Colusa County in December 2018.

California’s former Gov. Jerry Brown is hardly retired where issues of climate change are concerned. Not only that, he’s also farming olives. CapRadio’s Capitol Bureau chief Ben Adler had a chance to sit down with the former governor last week. Yesterday, Brown announced the launch of a new Climate Institute with China.

Then, 80 years of Frank Fat’s. August marked a big birthday for the Sacramento restaurant, known for its great food and lively history of political deal-making. Chef Lina Fat joins host Beth Ruyak to share stories about her early life, family, food, and, of course, that amazing banana cream pie.

Finally, cancer biologist Dr. Michael Shepard talks about the discoveries that earned his team the 2019 Lasker Award. Dr. Shepard is from Sacramento and he’ll be back this weekend for honors at Evening With The Stars.

Pronouns: The Words We Use To Describe Our Truest Self