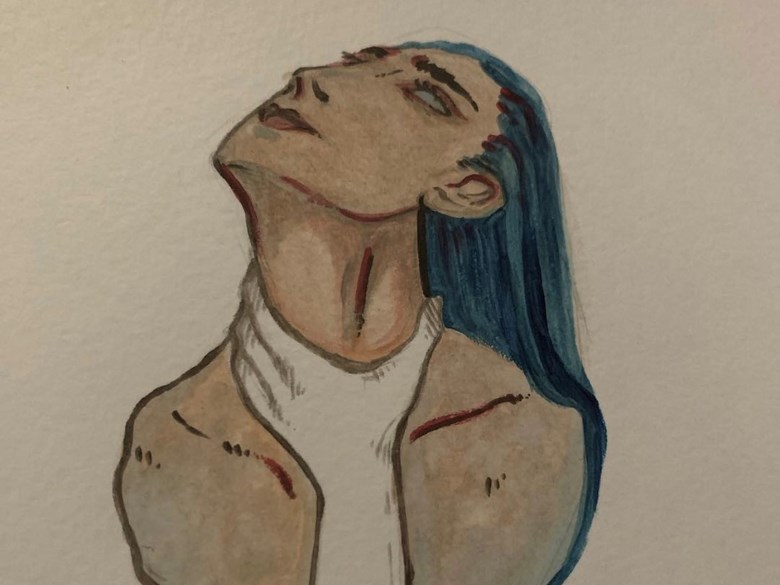 In three different segments, we explore personal challenges that have pushed the human spirit.

Dr. Joyce Mikal-Flynn was revived after ‘dying’ and sinking to the bottom of a swimming pool. She has devoted her life’s work to understanding how people survive trauma. Her new podcast is titled ‘Sliver of Hope.’

Artist Sarah Marie Hawkins and singer-songwriter Carly DuHain are among those gathering to support victims of sexual abuse in an event titled ‘Catharsis.’ They share some of their own personal experiences and we’ll hear part of Carly’s song ‘Blame Me.’

Then, we’ll recue a conversation with the staff advisor and student editor-at-large of The Bruin Voice, a Stockton high school newspaper that was challenged by the school district, before running an article about a student sex worker.

Dr. Joyce Mikal-Flynn On Her Own Trauma And Helping Others With ‘MetaHab’

Dr. Joyce Mikal-Flynn sees common steps and stages in people who have experienced trauma. In 2012, she wrote a book titled ‘Turning Tragedy into Triumph.’ Her ongoing work and studies have now inspired her 2019 podcast ‘Sliver of Hope’, which just wrapped its first season.

Dr. Mikal-Flynn joined Insight in 2012 after the release of the book. She came to the Insight studio in July of 2019 to update us on her work, the new podcast, and her own ongoing recovery.

An art show in Midtown Sacramento this Saturday is designed to be a tribute to people who have experienced sexual harm, and will offer support and space for healing through creative expression. ‘Catharsis’ features art by and for survivors, and supportive resources. We spoke with visual artist Sarah Marie Hawkins about her experiences with sexual assault, her work and how finding community has helped her heal. Carly DuHain of Sacramento band Drop Dead Red also joined us to discuss her experiences, and the band’s new survivor anthem, “Blame Me.”

The band will perform live and release a screening of their new music video for “Blame Me” during ‘Catharsis,’ which will be held this Saturday, Aug. 10, at Hacker Lab in Sacramento, from 5 to 9 p.m. Organizers note that “While no one is turned away for lack of funds, we will be taking suggested donations for local advocacy organizations Sacramento Take Back the Night and V-Day Sacramento. Due to heavy and triggering content matter, parental supervision suggested for guests under 18."

This spring, an article in a student newspaper at Bear Creek High School in Stockton stirred controversy and made national news before it even went to print. The Bruin Voice editors decided to run a story about 18-year-old senior Caitlin Fink for its issue focused on sex. Fink, who is working to launch a career in pornography, agreed to the interview in hopes that it could stop hurtful rumors and demistify sex work.

The Lodi Unified School District superintendent caught wind of the story, and asked to see a copy before it was published. The paper declined, and the story got headlines in major national newspapers. It was then printed on World Press Freedom Day, May 3. Student editor-in-chief Gabbi Backus and staff adviser Kathi Duffel joined us to discuss the story and the conflict with the district the following week.

The Science Of Fire & Sheila Jordan At 90