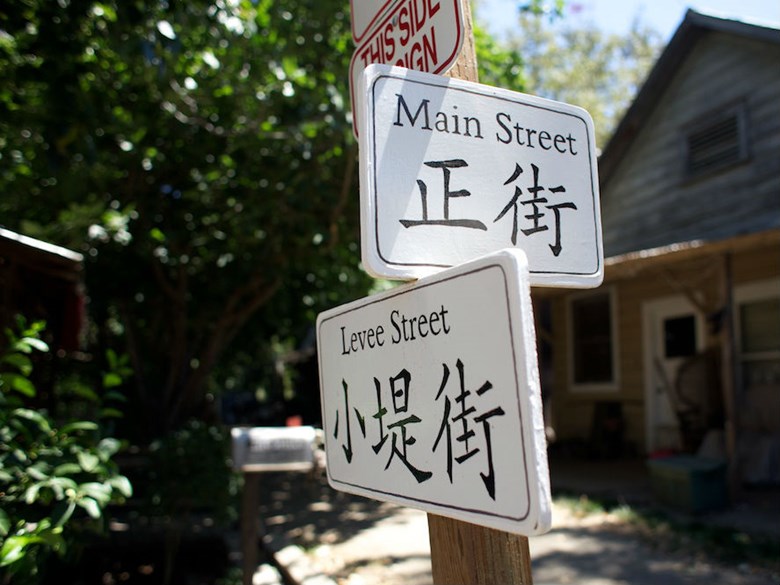 State of the Lake  Anything you ever wanted to know about Lake Tahoe can be found in UC Davis’ annual “State of the Lake” report: weather, water temperature, color, depth . . . the list goes on. UC Davis has been continually monitoring the lake since 1968 and has amassed a unique set of data for one of the world’s most beautiful and vulnerable lakes. Researchers from Davis’ Tahoe Environmental Research Center in Incline Village are expected to release the 2013 report Wednesday morning. We’ll have the latest details from the report and find out in what sort of state Lake Tahoe is.

Listen to State of the Lake

Day Tripping: Locke Are you trying to get away without going too far? Capital Public Radio is discovering some of our region's most colorful destinations and daytrip gems with an occasional series of audio postcards we’re calling “Day Tripping.”  Healthcare reporter Pauline Bartolone starts things off with a trip to the San Joaquin Delta town of Locke, built by Chinese immigrants in the 1900s.

Lewis Black When Lewis Black isn’t delivering biting social commentary on The Daily Show, he’s touring the country with his increasingly angry rants. He's coming to the Sacramento Community Center Theater August 17 and is preparing for his ninth stand-up special, which is going to bebroadcast live as a pay-per-view event August 24: “Lewis Black: Old Yeller – Live at the Borgata.” We’re speaking with Black about these shows as well as New York and California’s mutual dislike for Texas Governor Rick Perry, who is trying to lure jobs away from both states.

Parie Wood After the release of her first EP "Manifest" on iTunes and winning the title of Outstanding New Artist in the 2012 SAMMIES competition, singer/songwriter Parie Wood has been performing throughout Sacramento this summer. This Friday, she will share the stage with Mumbo Gumbo and Walking Spanish at Fairytale Town as a part of their Cat and the Fiddle Music Festival, but first she joins us for a live, in-studio performance.