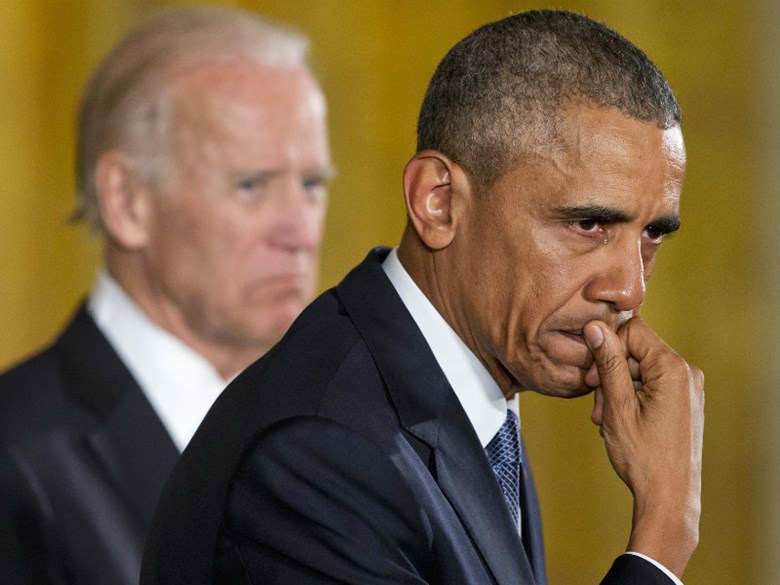 An emotional President Barack Obama, joined by Vice President Joe Biden, pauses as he recalled the 20 first-graders killed in 2012 at Sandy Hook Elementary School, while speaking in the East Room of the White House in Washington, Jan. 5, 2016.

President Barack Obama announced new executive actions on guns Tuesday morning that would expand background checks to all sales in the country. Republican lawmakers criticized the president as usurping congress’ authority and acting unilaterally, while democrats mainly heralded the actions. Rep. Jackie Speier (D-Hillsborough) joins Insight to talk about her reaction to the executive actions.

"do it" Art Exhibit At Verge Center For The Arts