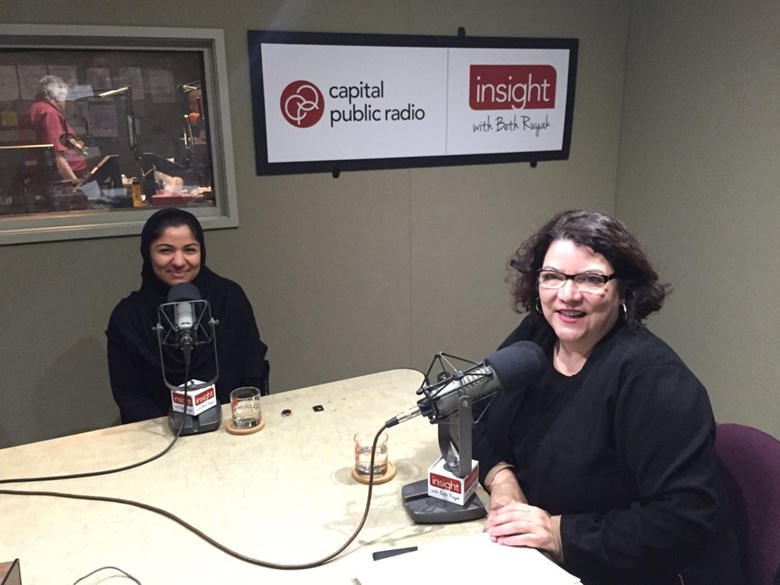 Ziba and Deborah Ortiz from Open Doors in the Insight Studio.

Sacramento is among top U.S. destinations for Middle Eastern refugees, with more expected to come as the fallout of wars in Afghanistan and Iraq –and the Syrian refugee crisis- continues to unfold.
One the region’s largest organizations that helps settle refugees in Sacramento is Opening Doors. Former state senator and Sacramento city councilwoman Deborah Ortiz as recently been hired as the new CEO of the non-profit. She joins Insight to talk about what’s driving people to seek resettlement in Sacramento, and the hurdles they face once they arrive here. Also joining the conversation is Ziba, an Afghan woman who recently sought refuge in Sacramento after serving as an interpreter for the US government in her country.
﻿ Previous