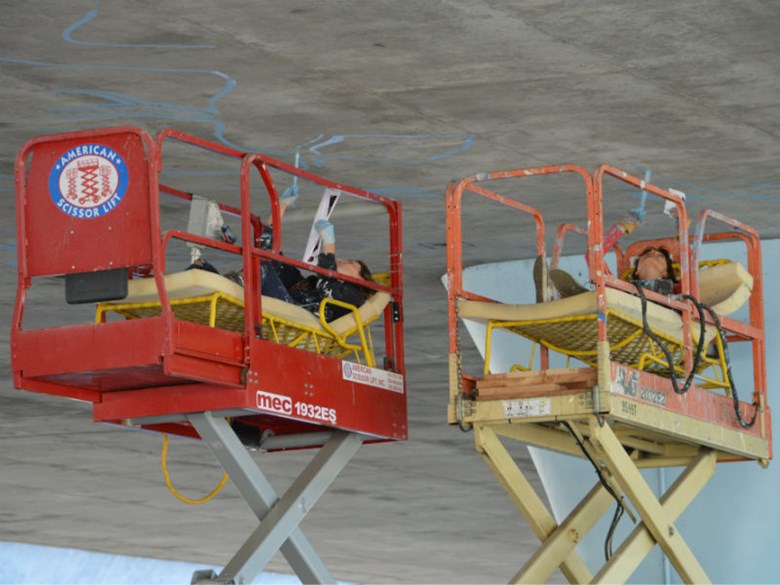 If you go to the Sunday morning Farmer's Market under the freeway at 8th and W streets in Downtown Sacramento, and you look up, you'll notice a colorful mural in the making.
The project, called "Bright Underbelly," gives the viewer a sensation of looking into a blue sky through a leafy canopy.

One of the artists is Hennessy Christophel. On "Insight with Beth Ruyak," she said the idea is to take people through a journey of the agricultural seasons.

"We wanted to tell a really big story since it's such a huge, massive space," she says. "And we wanted it to be something that would connect with the Farmer's Market. You can start to see it taking form with the more barren branches in the winter area and lush, leafy areas in the summer section of the piece."

Christophel and Sofia Lacin use "scissor lifts" to raise them up to the underbelly of the freeway where they can paint while reclining. At 70,000 square feet, the mural will be one of the largest ever painted on a Caltrans facility.

Money for the project comes from private grants and donations. The mural is expected to be finished by the end of the year. 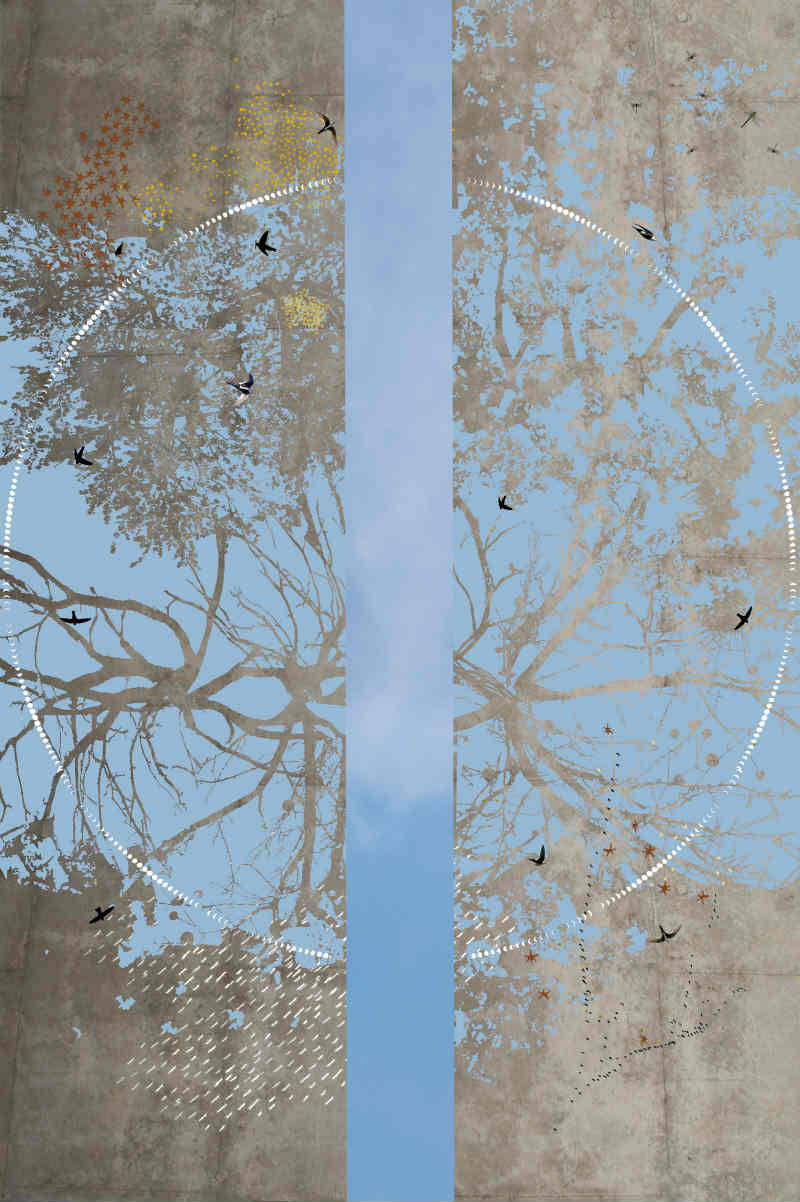 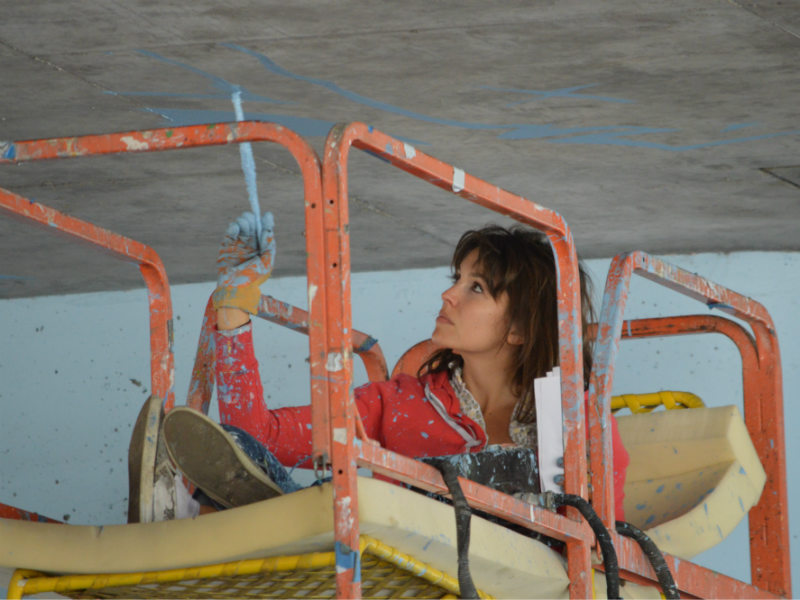 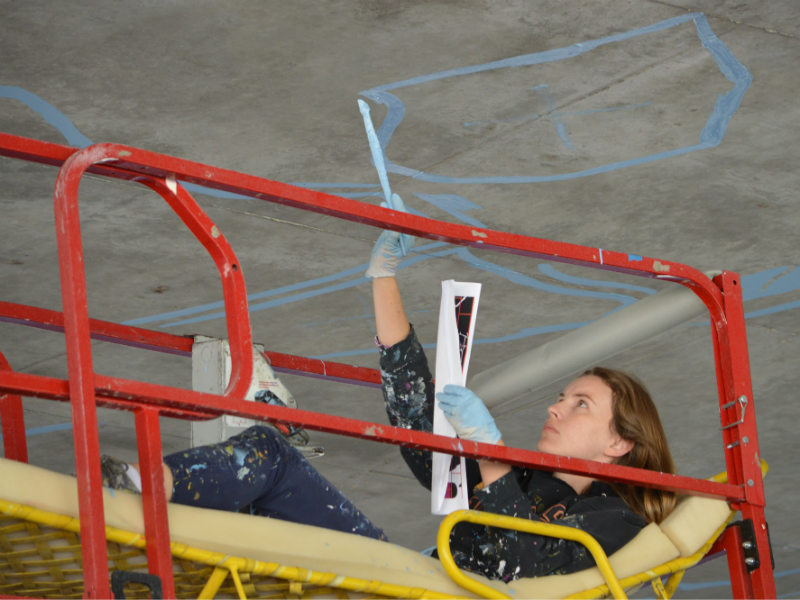 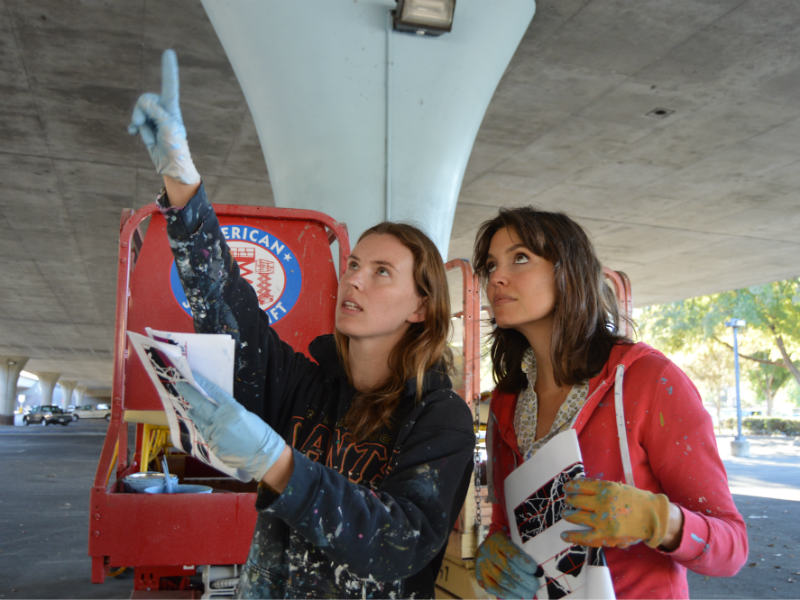