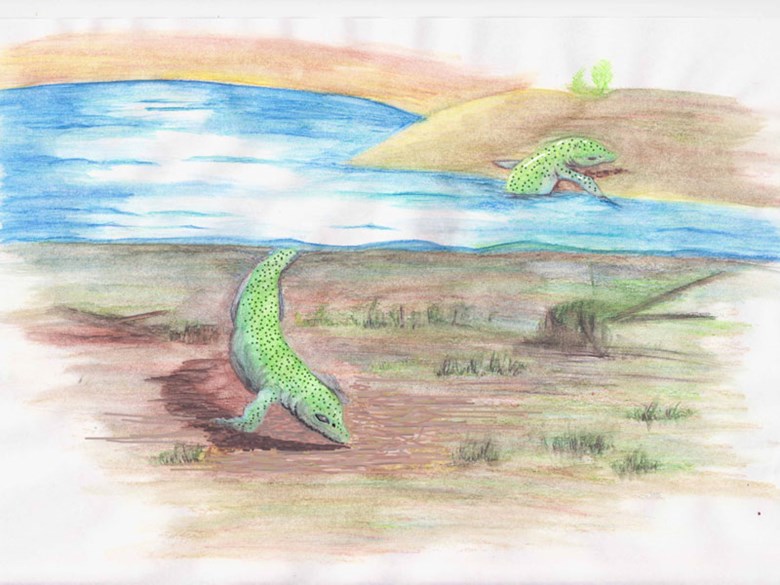 This illustration shows what a newly discovered amphibious ichthyosaur may have looked like when it was alive some 248 million years ago.

Scientists have discovered a missing link between a Jurassic era sea bound reptile and its terrestrial counterpart. A team led by researchers from UC Davis announced last week that they discovered the amphibious ichthyosaur fossil in China’s Anhui Province. The dolphinlike marine reptile thrived in Jurassic seas about 200 million to 145 million years ago, in the age of the dinosaurs. It could grow to 65 feet (20 meters) in length, which is about the size of a sperm whale. UC Davis Earth and Planetary Sciences Professor Ryosuke Motani led the team that discovered the fossil. He’s also the lead author of a full report on the discovery that was published in the journal Nature on November 5.

Fossil remains show the first amphibious ichthyosaur found in China by a team led by a UC Davis scientist. Its amphibious characteristics include large flippers and flexible wrists, essential for crawling on the ground. Ryosuke Motani / UC Davis 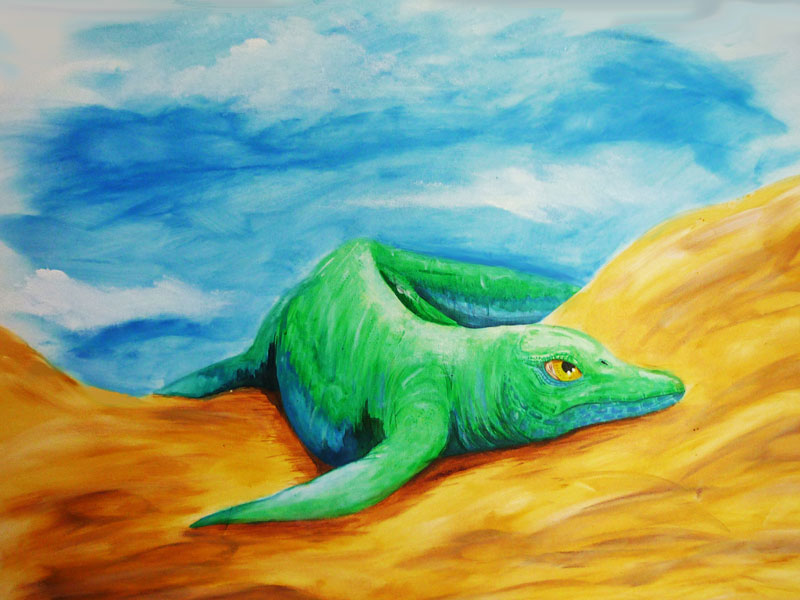 This illustration shows what a newly discovered amphibious ichthyosaur may have looked like when it was alive some 248 million years ago. Stefano Broccoli / University of Milan / UC Davis