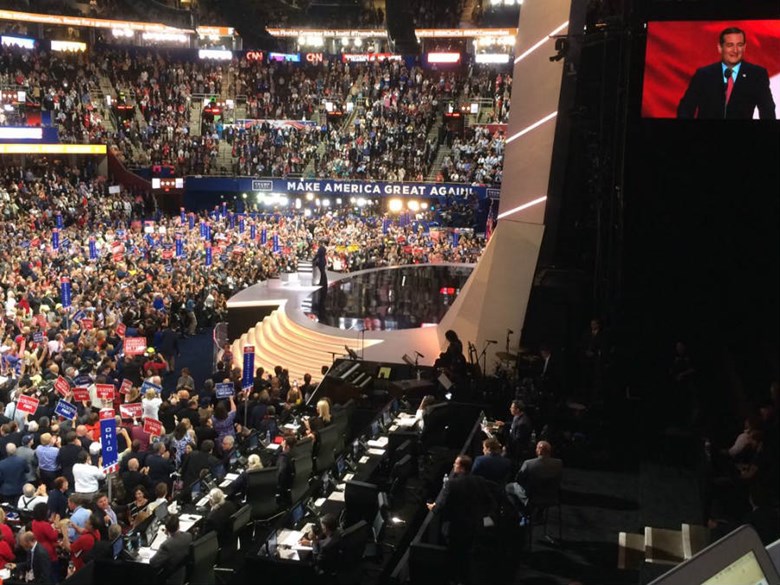 Texas Senator Ted Cruz was greeted with some of the most sustained cheering of the night, but when he left the stage without endorsing Donald Trump, some members of the California delegation were outraged.

It’s the final day of the Republican National Convention in Cleveland, Ohio.

Donald Trump is expected to accept the GOP’s nomination for President of the United States of America.

Capitol Bureau Chief Ben Adler is in Ohio with the California Delegation, and we’ll check in with him one last time.