It’s Monday and you know what that means – it’s time for the Political Junkie to turn his analytical gaze west. Ken Rudin, known to NPR listeners from his many years talking all things politics with Neal Conan on "Talk of the Nation," joins Insight host Beth Ruyak for our signature segment that puts California politics in the context of the national scene. Rudin joins us from Washington D.C. in an effort to put it all in perspective. 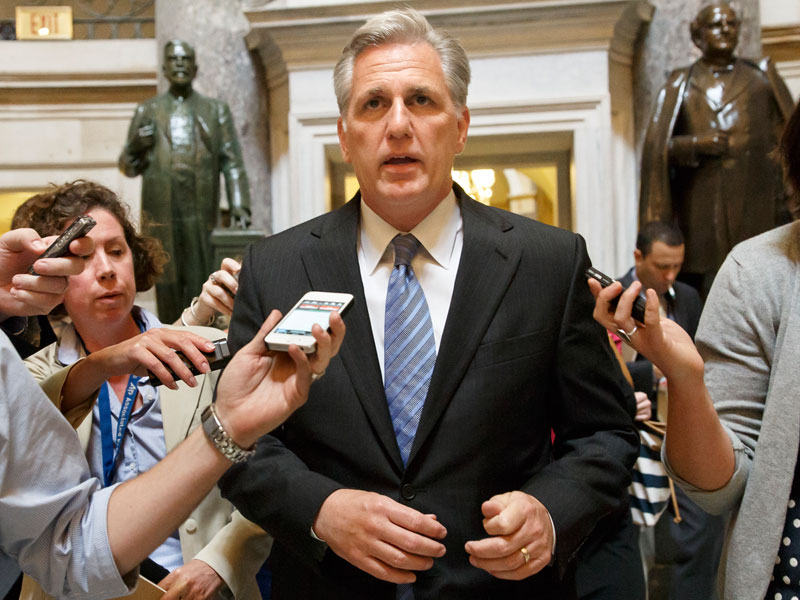 House Majority Whip Kevin McCarthy, R-Calif., leaves House Speaker John Boehner's office on the day after House Majority Leader Eric Cantor, R-Va., was defeated in the Virginia primary at the hands of a tea party challenger, at the Capitol in Washington, Wednesday, June 11, 2014. McCarthy, the third-ranking GOP leader, informed fellow Republicans he intended to run to succeed Cantor, officials said. "I think he'd make an outstanding majority leader," Cantor said of McCarthy. "And I will be backing him with my full support." (AP Photo/J. Scott Applewhite)