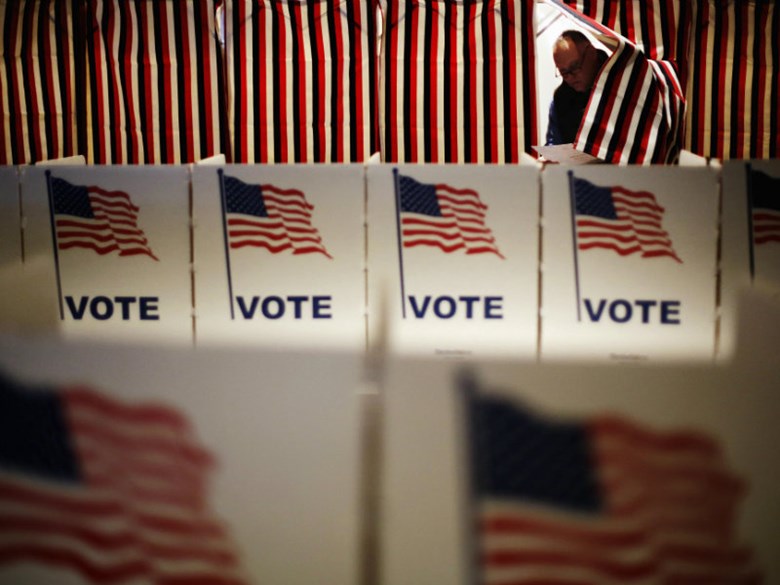 Jim Smith steps out of a voting booth after marking his ballot at a polling site for the New Hampshire primary, Tuesday, Feb. 9, 2016, in Nashua, N.H.

Nobody really knew what to expect heading into the New Hampshire primary Tuesday. Donald Trump and Bernie Sanders had always been ahead of the polls. But nobody is sure how to interpret these polls when the Republican field is divided between eight candidates. Voters could be tempted to shy away from an insurgent like Trump and support a so-called “safe” candidate at the last minute. Politico California Playbook Reporter Carla Marinucci joins Insight to talk about the results from Tuesday’s primary.