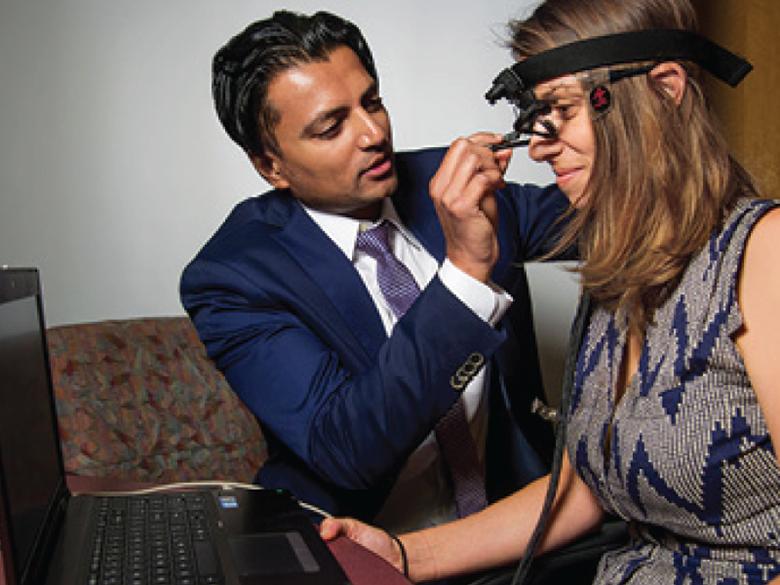 Millions of Americans watched dozens of football players smash into each other in the Super Bowl this past Sunday. These hits are an ongoing concern for many players and the incentive to ignore signs of a concussion is high. Players know they will be pulled from the game if they show signs of a head injury so they cheat at the current question-based test used to assess traumatic brain injury. But UC Davis ophthalmologist Khizer Khaderi and his colleagues are developing a system that would make it harder for players to hide a concussion. The team’s goal is to create a device that uses already-available eye tracking hardware and EEG (brain wave) systems to scan for concussions on the football field.

This is a topic we intended to bring you last week, but our guest, UC Davis doctor Khizer Kaderi, had to do a surgery.

Today we look at football and head injuries. The problem often is, neither the player nor his coach really want to know if a player has a concussion because they want him to stay in the game. And, they aren’t very good at diagnosing one, anyway. The result can be serious, or even deadly.

Dr. Kaderi and his team are trying to change that. They’re developing a system involving eye tracking and brains waves that could be much more accurate and much harder to ignore.