The recent rains may be a welcome surprise following the many dry months in California. But in the Sierra Nevada, the rains are posing a problem. The scorched earth in the footprint of this summer’s King Fire sits ready to be washed into the rivers, creeks and streams that flow through the area. The mass erosion will pollute waterways and leave barren a wide swath of the Tahoe National Forest. Auburn Journal Staff Writer Gus Thomson has been paying attention to the soil erosion process and joins us to explain the problems it presents.

FROM THE SIERRA: A STORM IS COMING, DROUGHT IS NOT OVER AND SCHOOL BONDS PASS

What we have coming is called the Sierra Cement. It is heavy, it is wet and it starts tonight. Two feet of this Sierra Cement is expected when it is all said and done on Thursday morning according to the National Weather Service.

Then the real storm moves in and that will drop snow levels to 7,000 feet. Snow level will still be above the lake. But the National Weather Service called it all “a good solid soaker.”

Right now across the sierra, snow levels range from 4-16 inches.

WHERE ARE WE IN THE DROUGHT?

To answer that, the National Weather Service takes a look at two weather monitoring stations near Donner Summit.

Since the start of the water year in October those two stations have recorded about 8 and a half inches of precipitation. The average is 11 inches. So that is close to 75 percent of what we would have received this time of year. So, we are still below average, and, thus, not out of the drought woods yet.

Voters considered two measures that amount to $175 million for 11 schools in the Truckee-Tahoe school district.

Parts of these schools are really old, dating back to the 1920’s. Schools had been without power, sometimes without heat. Needless to say the District wanted to make major capital improvements.

The smaller of the two measures passed really easily. But a $114 million bond measure that would help Truckee schools was a real nail biter. At first it failed by just a few votes. Just before Thanksgiving, the district heard the final count, it made the 55 percent margin by just 30 votes. More than 5,000 votes were cast in all.

So, what’s next. This summer there will be improvements to security, technology, bus safety, electrical, plumbing, heating and ventilation. The District is looking forward to installing a Biotechnology Lab among other things to support programs it already has. 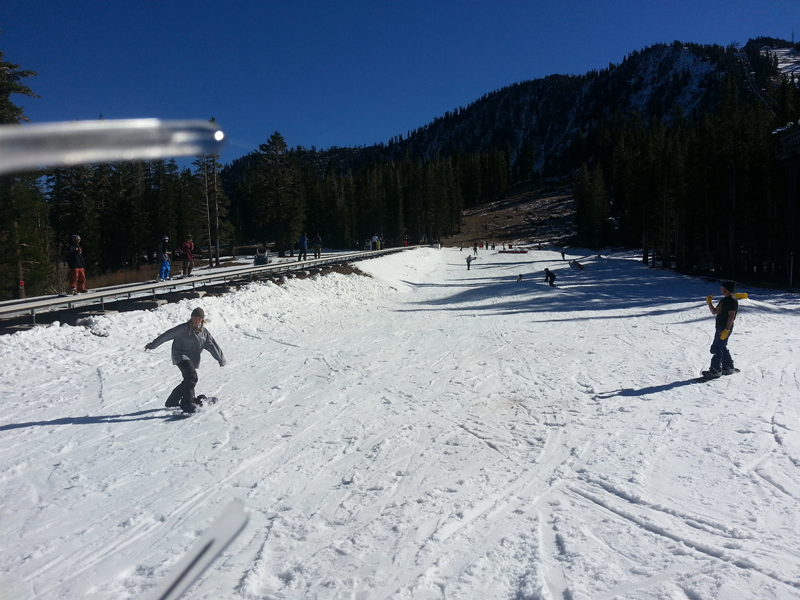 Food Security And The Minimum Wage