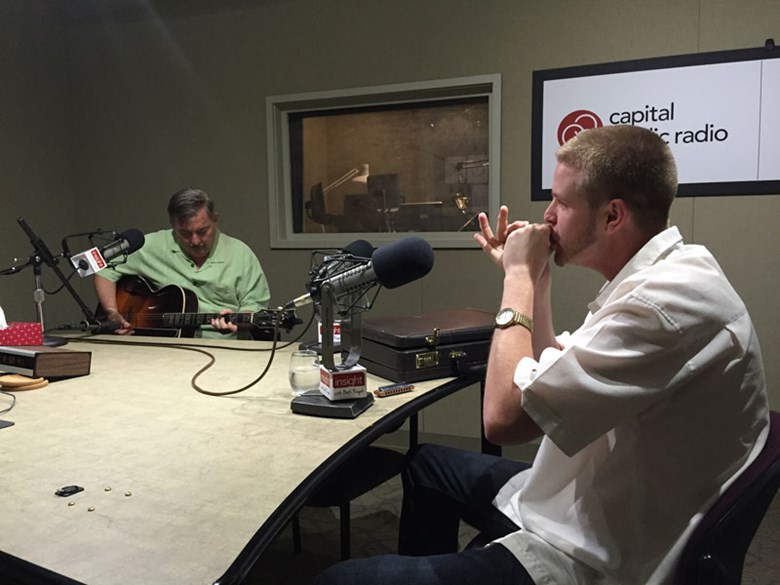 He’s got the voice of a seasoned blues musician and he’s barely old enough to legally drink alcohol. Kyle Rowland is an up-and-coming blues harpist in Sacramento who has been dominating the stage since he was 10 years old.

Under the guidance of Capital Public Radio’s own Mick Martin, Rowland quickly became a blues harmonica powerhouse. He started The Kyle Rowland Band at age 16 and has since recorded two albums that are featured on radio stations around the world. Rowland is performing with blues guitarist Little Charlie Baty this Friday at the Palms Playhouse in Winters. The show is called the Blues Harmonica Blowout and also features performances by Corky Seigel, Mark Hummel, Aki Kumar and Larry Carr. Rowland and Baty join us for an interview and performance ahead of the upcoming concert.