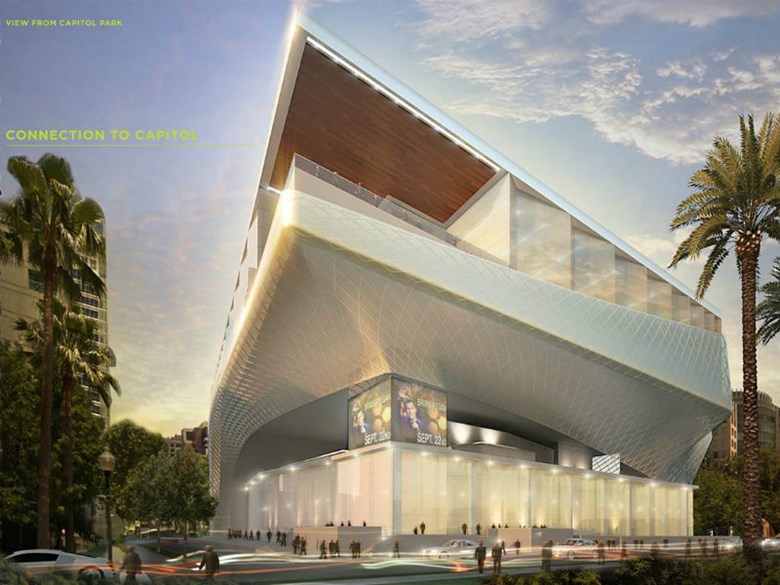 Sactown Magazine Co-Editor-in-Chief Rob Turner has called previous plans to renovate the downtown performing arts center “recklessly pessimistic.” Turner thinks the city would be better off tearing down the theater he’s described as “Sacramento’s ultimate monument to mediocrity” and rebuilding in a different location.

The report relies heavily though on keeping the Community Center Theater where it is and incorporating it into a convention center/theater district. The SCVB also plans to expand Sacramento’s Convention Center from 133,000 to 225,000 square feet.

Chief Operating Officer for the Sacramento Convention and Visitors Bureau Mike Testa and Turner were on Insight with Beth Ruyak Tuesday to talk about the pros and cons of renovation.

The debate has divided Sacramento's leading mayoral candidates. Darrell Steinberg wants to renovate the theater and Angelique Ashby wants to build a new one.

2014: It's Time to Build a New Performing Arts Center