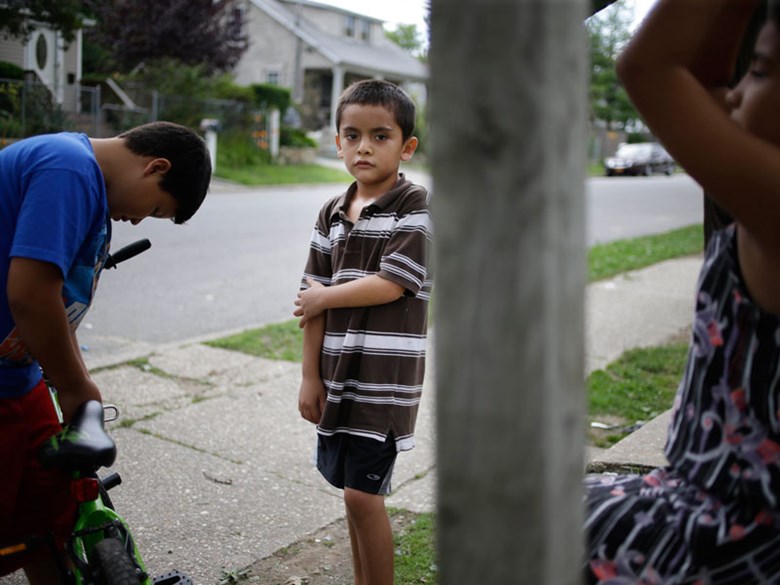 In this July 17, 2014 photo, Kevin Torres, 7, plays with neighbors in the front yard of his apartment building in Huntington Station, N.Y. Torres arrived in the United States, unaccompanied, from El Salvador in May 2014.

The United States was confronted with a humanitarian crisis this past summer as thousands of undocumented children arrived at the country’s doorstep. The children were fleeing violence in Central America and taking massive risks to reach the U.S. As Ev Meade, Director of the Trans-Border Institute at the University of San Diego, argues, these children were fleeing a handful of specific conflict zones deeply intertwined with U.S. foreign policy. Meade is in Davis Thursday night to discuss the surge of unaccompanied immigrant children this year. His lecture is the second in a Davis Human Rights Lectures series that takes place at the International House in Davis.