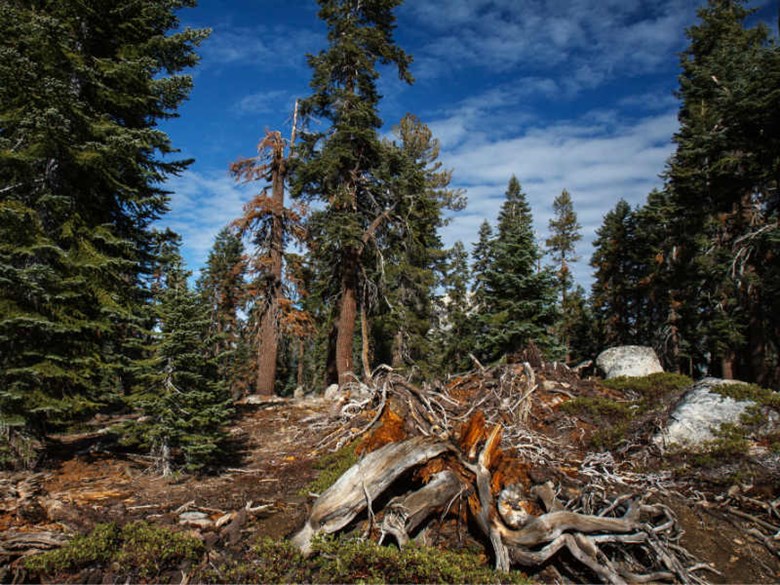 As California manages the current drought, scientists and policymakers at the US Forest Service and Sierra Nevada Conservancy are looking ahead.

We spoke with Sierra Nevada Conservancy executive director Jim Branham and USFS scientist Don Yasuda about how the joint Watershed Improvement Program can improve the health of California’s forests and water supply. They’re hosting a summit on March 3 to talk about role, positive or negative, that Sierra Nevada forests can play in California’s efforts to reduce greenhouse gas emissions.

"They’re estimating that half of their trees are dead or dying on their forest landscape, that’s hard to really even fathom because it’s such a significant challenge, and unfortunately we see that tree mortality creeping in a northerly direction," says Branham.