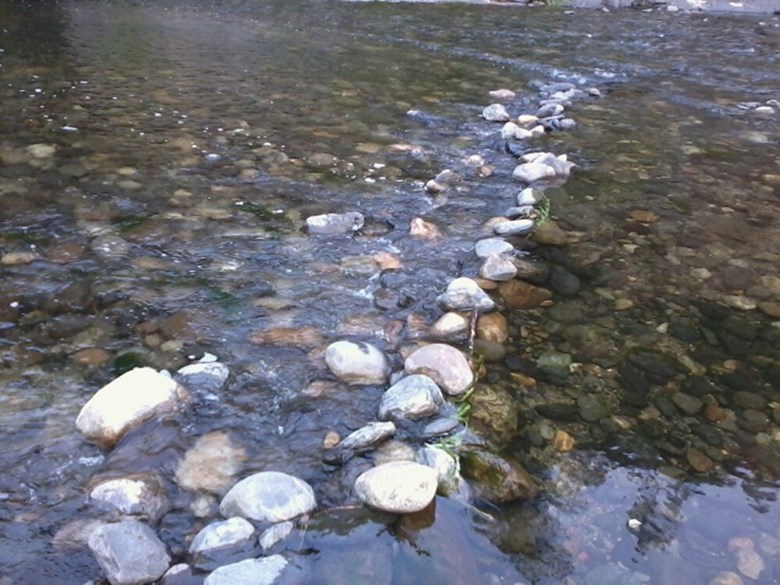 The Merced River at Briceburg in September 2013. Water levels were six inches deep in some places and moss was growing on the rocks. A year-and-a-half later, water agencies worry the river will be completely dry by mid-summer.

A stretch of the Merced River in Central California has been closed to angling earlier than usual because of high water temperatures.  The state Department of Fish and Wildlife says the fishing closure began Tuesday for just over 5 miles of the river from Crocker-Huffman Dam downstream to the Snelling Road Bridge. The lower Merced River typically doesn't close for anglers until November.  It will reopen as usual on January first. The early closure in Merced County comes so that fish weakened by the warm water do not die from being played by an angler, even if they are released.