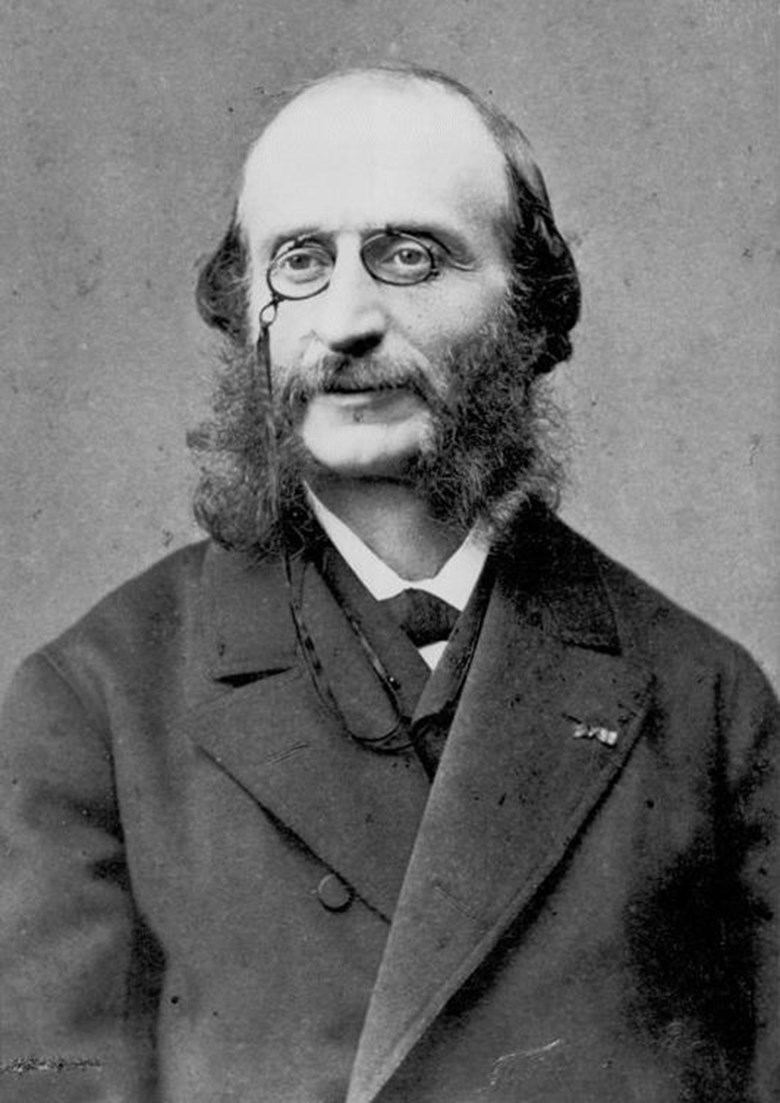 The Tales of Hoffmann is an opéra fantastique by Jacques Offenbach. The French libretto was written by Jules Barbier, based on three short stories by E. T. A. Hoffmann, who is the protagonist of the story. It was Offenbach's final work; he died in October 1880, four months before the premiere.
Offenbach saw a play, Les contes fantastiques d'Hoffmann, written by Barbier and Michel Carré and produced at the Odéon Theatre in Paris in 1851.
After returning from America in 1876, Offenbach learned that Barbier had adapted the play, which Hector Salomon had now set to music at the Opéra. Salomon handed the project to Offenbach. Work proceeded slowly, interrupted by the composition of profitable lighter works. Offenbach had a premonition, like Antonia, that he would die prior to its completion.
Offenbach continued working on the opera throughout 1880, attending some rehearsals. On October 5, 1880, he died with the manuscript in his hand, just four months before the opening. Shortly before he died, he wrote to Léon Carvalho:
"Hurry up and stage my opera. I have not much time left, and my only wish is to attend the opening night."
Cast:
Hoffmann - Francisco Araiza
Lindorf/Coppelius/Dr. Miracle/Dapertutto - Samuel Ramey
Olympia - Eva Lind
Antonia - Jessye Norman
Giulietta - Cheryl Studer
The Muse/Nicklausse - Anne Sofie von Otter
Jeffrey Tate - conductor
Staatskapelle of Dresden
PHILIPS - 1992
8:00 p.m.
8:00 p.m.
Pietro Mascagni
Cavalleria rusticana, opera Intemezzo
Czecho-Slovak Radio Symphony; Ondrej Lenard, conductor
Amazon
8:12 p.m.
Francisco Araiza
Jacques Offenbach
Tales of Hoffmann
Staatskapell of Dresden Francisco Araiza
Amazon Buy
﻿ Older