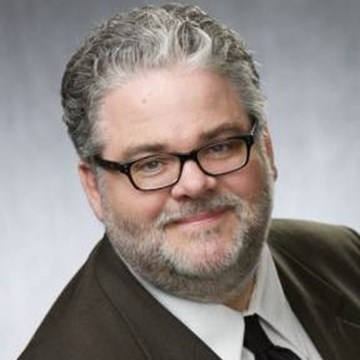 Sean Bianco was born in Stockton. He began his passionate journey into the world of music with violin and viola lessons at the age of 8. He studied in the Suzuki violin program and privately for 10 years while performing in recitals and in several regional youth orchestras.

When Sean was 11, one of his favorite things to do was go to garage sales on Saturday morning on his bike. One fateful day, an album caught his eye. It was a highlights record of La Gioconda with Zinka Milanov, Giuseppe di Stefano and Leonard Warren. He was hooked. That record, to this day, holds a very special place in his collection. Around the same time Sean also began to collect 78 records of all the great opera singers and also developed a passion for the voice of Mario Lanza.

When he was 17 he began to sing in his high school choir and quickly became a featured soloist, winning many top awards at regional solo festivals and competitions. Sean also participated in several summer music programs and master classes. He studied voice and violin at the University of the Pacific and continued his singing and conducting training at Chapman College. In 1989, Sean was a finalist in the Metropolitan Opera Regional Vocal Competition.

Sean joined Capital Public Radio as an on-air announcer in 1998 and has been a supportive voice for opera in the region ever since. In addition to local audiences, At the Opera is also enjoyed by a world-wide audience via the Internet. Sean plays vintage opera recordings from the 78 era and new release as well.

Sean has been a guest lecturer on opera for the UC Davis Extension program and has been the emcee for the classical concerts series at the Crocker Art Museum. Sean has also assisted with the string programs for the Waldorf School and has taught violin and voice for Sacramento Country Day School.

Sean is a private voice and violin teacher in Placer and Nevada Counties.

Sean lives in the Sierra Nevada foothills with his lovely and supportive wife Paula. Some of Sean's other interests include gardening, raising chickens and listening to lounge music.

Closing quotes from At the Opera: "Don't work so hard, don't drive so fast and as always …keep opera in your heart." and "Honey put the kettle on, I'm coming home."

Theme music to Friday Night at the Opera: The Intermezzo from Pietro Mascagni's Cavalleria Rusticana.

" Every theater is an insane asylum, but an opera theater is the ward for the incurables."

"Don't look at the trombones, it only encourages them."