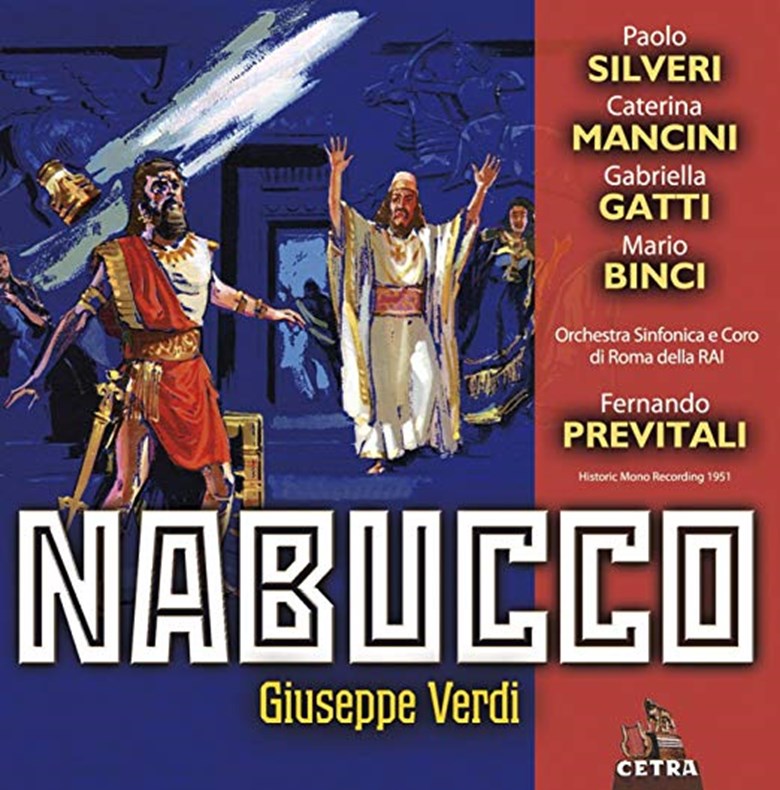 Nabucco (Nebuchadnezzar) is an Italian-language opera in four acts composed in 1841 by Giuseppe Verdi to an Italian libretto by Temistocle Solera. The libretto is based on biblical books of Jeremiah and Daniel and the 1836 play by Auguste Anicet-Bourgeois and Francis Cornu, although Antonio Cortese's ballet adaptation of the play (with its necessary simplifications), given at La Scala in 1836, was a more important source for Solera than the play itself. Under its original name of Nabucodonosor, the opera was first performed at La Scala in Milan on March 9, 1842.

Nabucco is the opera which is considered to have permanently established Verdi's reputation as a composer. He commented that "this is the opera with which my artistic career really begins. And though I had many difficulties to fight against, it is certain that Nabucco was born under a lucky star".

It follows the plight of the Jews as they are assaulted, conquered and subsequently exiled from their homeland by the Babylonian King Nabucco (in English, Nebuchadnezzar II). The historical events are used as background for a romantic and political plot. The best-known number from the opera is the "Chorus of the Hebrew Slaves", "Va, pensiero, sull'ali dorate" / "Fly, thought, on golden wings", a chorus which is regularly given an encore in many opera houses when performed today.