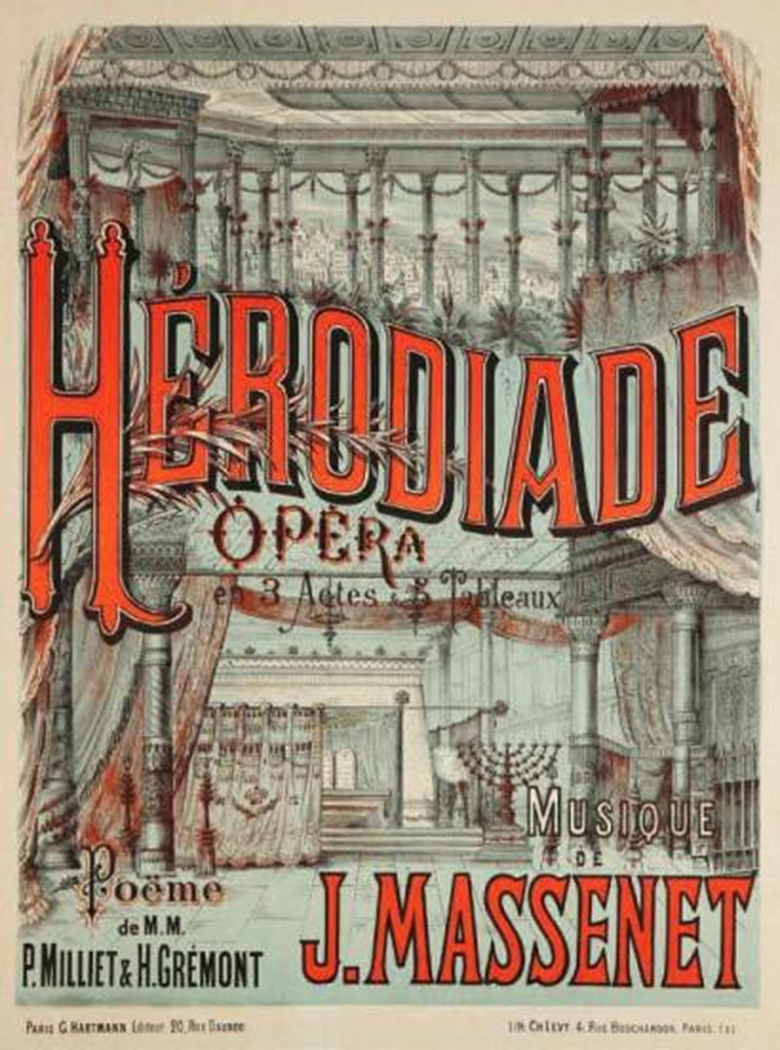 Hérodiade is an opera in four acts by Jules Massenet to a French libretto by Paul Milliet and Henri Grémont, based on the novella Hérodias (1877) by Gustave Flaubert. It was first performed at the Théâtre de la Monnaie in Brussels on December 19, 1881.

The libretto is a retelling of the story of John the Baptist, Salome, Herod Antipas and Herodias, but is strikingly less psychological and bloody than Richard Strauss's Salome, which is based on a text by Oscar Wilde. The opera premiered in Brussels because Auguste Vaucorbeil, Manager of the Paris Opera house refused to stage the work; "I do like your music," he had said to Massenet, "but as for the libretto, you badly need an author who knows how to build the skeleton of a play."

Capital of Toulouse Orchestra and Chorus