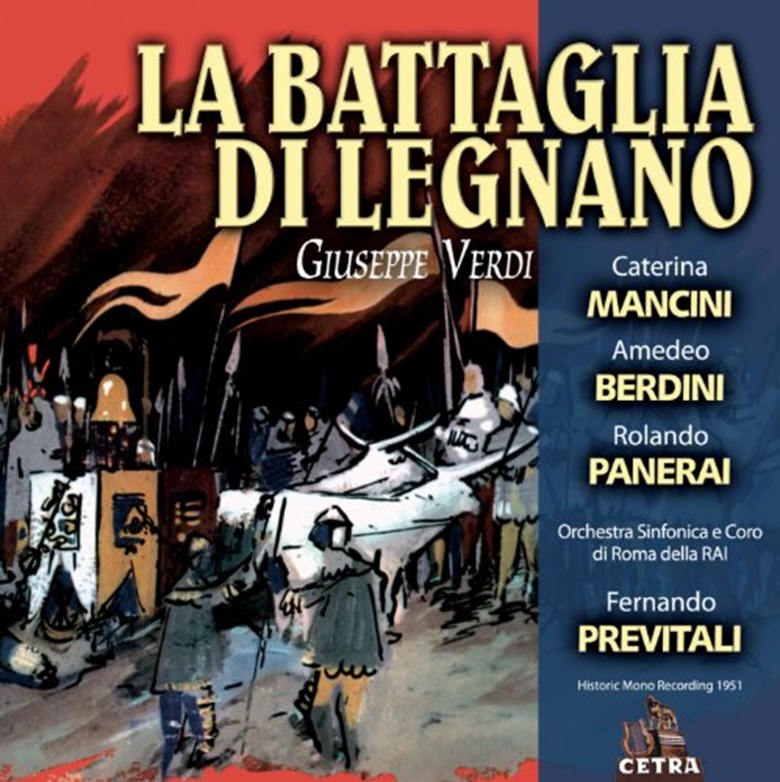 La battaglia di Legnano (The Battle of Legnano) is an opera in four acts, with music by Giuseppe Verdi to an Italian-language libretto by Salvadore Cammarano. It was based on the play La Bataille de Toulouse by Joseph Méry, later the co-librettist of Don Carlos.

Written as a commission from the Teatro Argentina in Rome while the composer was still living in Paris, he traveled to Rome in late 1848 to prepare the opera for its first performance, which was given on January 27, 1849. Musicologist Roger Parker describes the première as "a clamorous success, with the entire final act encored" and the audience wild with enthusiasm. He goes to add that act 4 was encored at every performance of the run.

Orchestra and Chorus of RAI in Rome