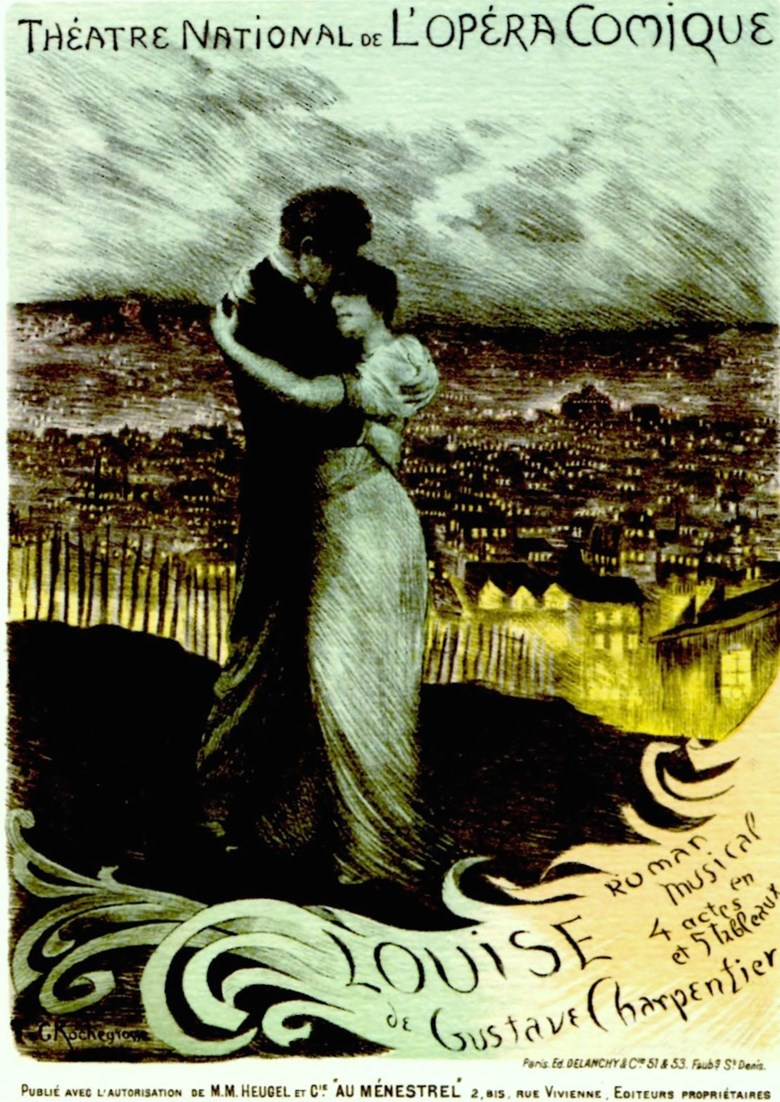 The opera depicts Parisian working-class life. However the city itself is in many ways the true star of this very atmospheric work – invoked at various points during the opera. A French example of verismo opera, it tells the story of the love between Louise, a seamstress living with her parents in Paris, and Julien, a young artist. It is the story of a young girl's desire for freedom (associated in her mind with her lover and the city of Paris).