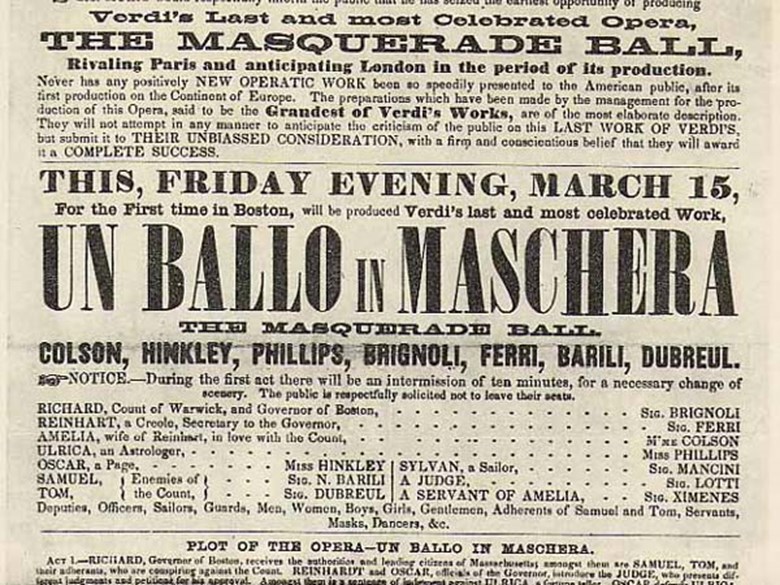 Although it was to take over two years between the time of the commission and its premiere performance, that took place at the Teatro Apollo in Rome on 17 February 17, 1859.

Scribe wrote about the assassination in 1792 of King Gustav III of Sweden who was killed as the result of a political conspiracy against him. He was shot while attending a masked ball and died 13 days later of his wounds. This 1966 recording stars Leontyne Price, Carlo Bergonzi and Robert Merrill. Erich Leinsdorf conducts.