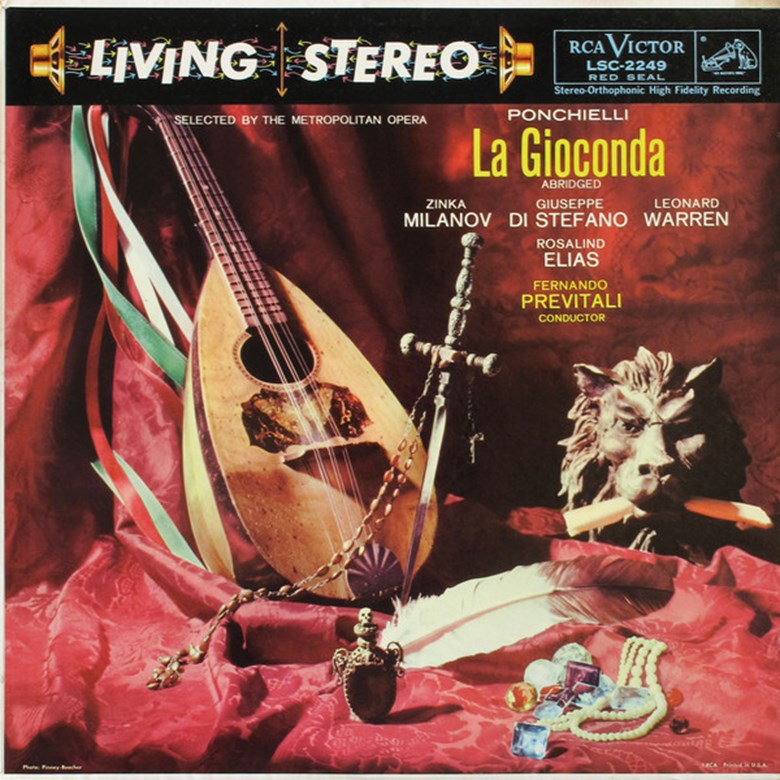 La Gioconda is an opera in four acts by Amilcare Ponchielli set to an Italian libretto by Arrigo Boito (as Tobia Gorrio), based on Angelo, Tyrant of Padua, a play in prose by Victor Hugo, dating from 1835. (This is the same source as Gaetano Rossi had used for his libretto for Mercadante's Il giuramento in 1837).

Recorded by DECCA for RCA in Italy