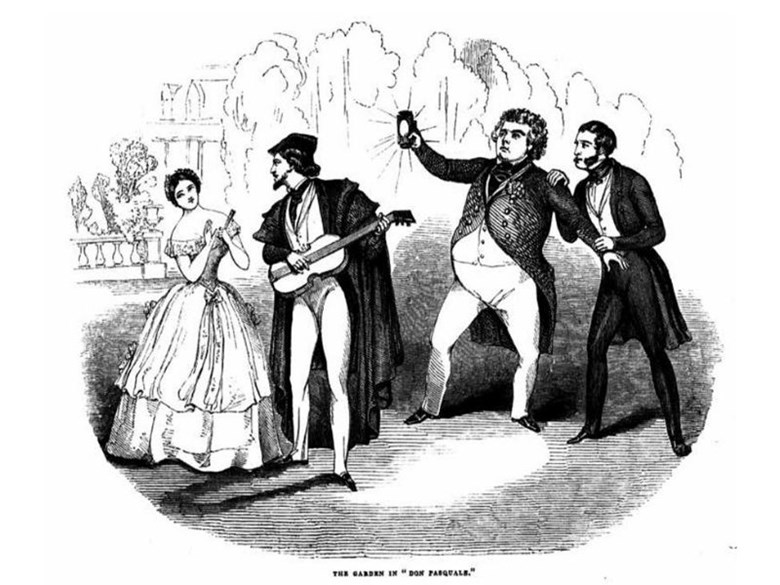 Don Pasquale is an opera buffa, or comic opera, in three acts by Gaetano Donizetti with an Italian libretto completed largely by Giovanni Ruffini as well as the composer.

The opera was first performed on January 3, 1843 by the Théâtre-Italien at the Salle Ventadour in Paris with great success and it is generally regarded as being the high point of the 19th century opera buffa tradition. This 1979 recording stars: