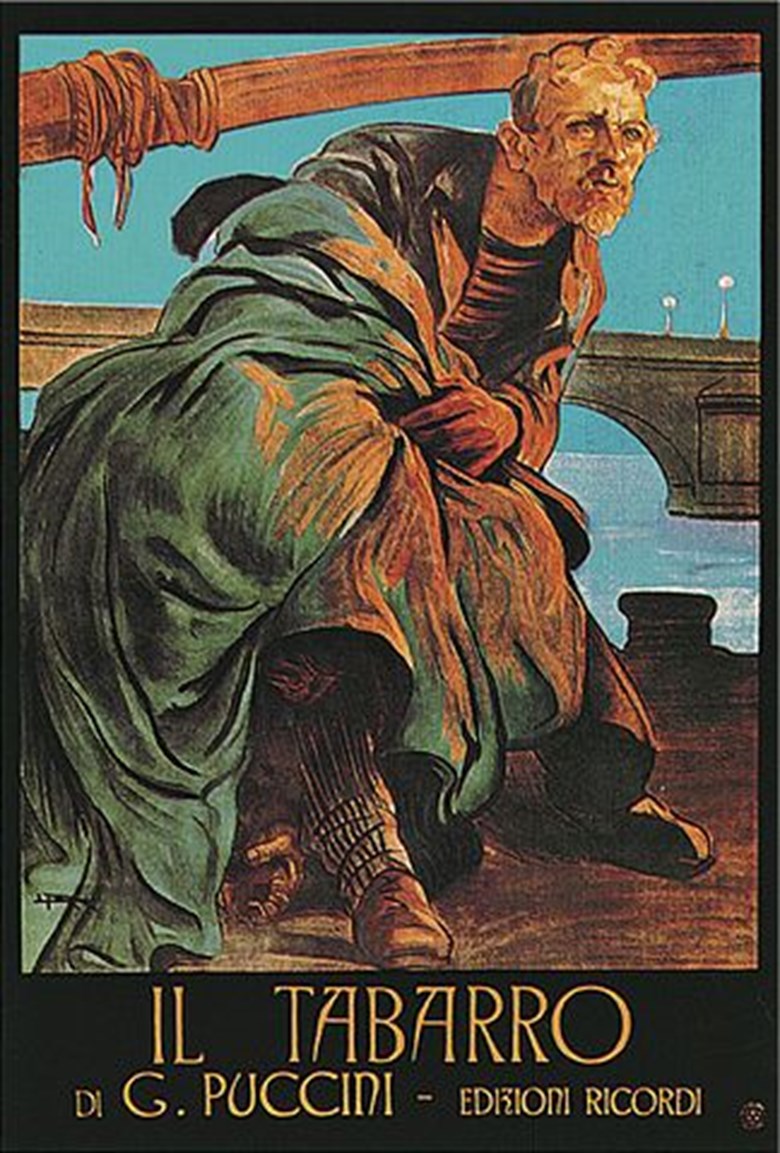 Around 1904, Puccini first began planning a set of one-act operas, largely because of the success of Pietro Mascagni's Cavalleria rusticana. Originally, he planned to write each opera to reflect one of the parts of Dante's Divine Comedy. However, he eventually based only Gianni Schicchi on Dante's epic poem. The link in the final work is that each opera deals with the concealment of a death.
Puccini also intended that the three should be performed as a set, and wrote to Casa Ricordi to complain about their giving permission in 1920 to The Royal Opera, London, "for Tabarro and Schicchi without Angelica". He reluctantly agreed that the two operas could be given in a programme with Serge Diaghilev's Ballets Russes, but when he heard that Il tabarro had also been dropped, he wrote to his friend Sybil Seligman to say "I very much dislike Trittico being given in bits – I gave permission for two operas, and not one, in conjunction with the Russian Ballet."
Today, it is quite common to see only one or two of the trittico operas performed in an evening, and sometimes one of them may be paired with another one-act opera by a different composer.
The operas premiered at the Metropolitan Opera on 14 December 1918. The critical reviews for Il trittico were mixed; most critics agreed that Gianni Schicchi was the best of the three operas.
Cast:
Il Tabarro:
Robert Merrill
Renata Tebaldi
Mario Del Monaco
Suor Angelica:
Renata Tebaldi
Giulietta Simionato
Gianni Schicchi:
Fernando Corena
Renata Tebaldi
Orchestra and Chorus conducted by Lamberto Gardelli
DECCA - 1962
8:00 p.m.
8:00 p.m.
Pietro Mascagni
Cavalleria rusticana, opera Intemezzo
Czecho-Slovak Radio Symphony; Ondrej Lenard, conductor
Amazon
8:15 p.m.
Tebaldi
Puccini
Il Trittico (3 one act operas)
; Lamberto Gardelli, conductor
Amazon
11:00 p.m.
11:20 p.m.
Marcello Giordani
Puccini / Verdi
Tribute to the passing of Marcello Giordani
various Marcello Giordani
ArkivMusic
﻿ Older