At The Opera, Wagner: Gotterdammerung, October 3, 2015 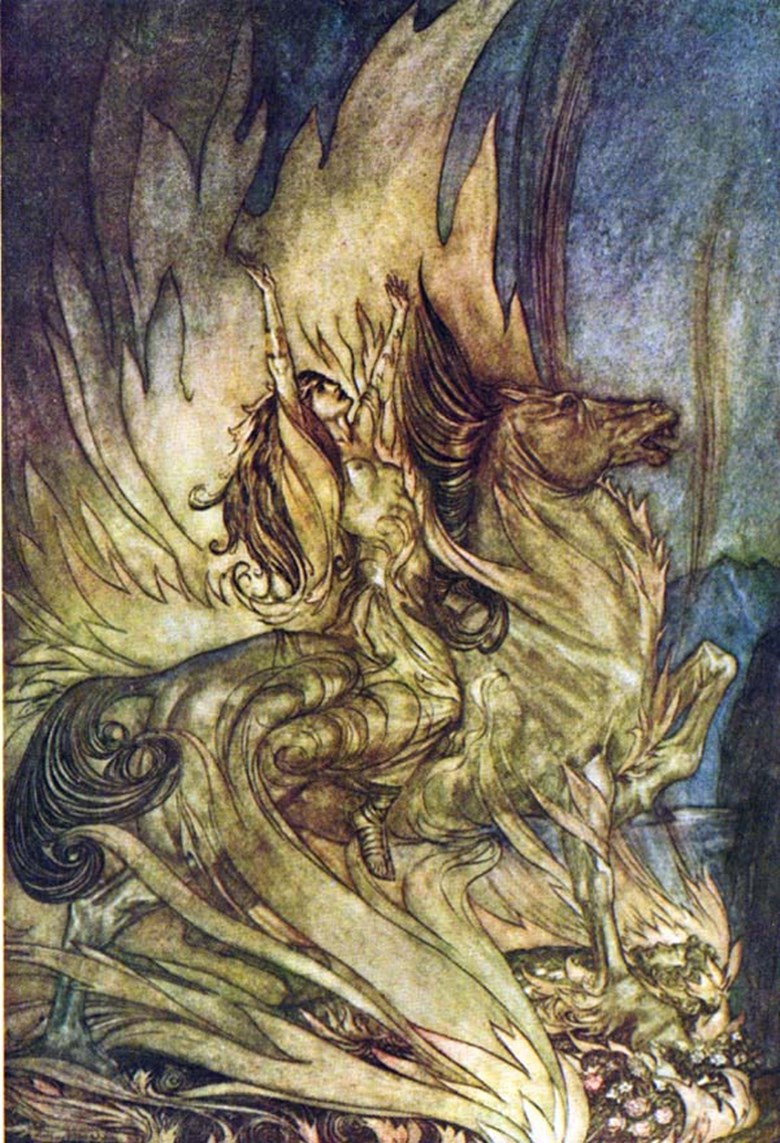 Götterdämmerung is the last in Richard Wagner's cycle of four operas titled Der Ring des Nibelungen (The Ring of the Nibelung, or The Ring for short). It received its premiere at the Bayreuth Festspielhaus on August 17, 1876, as part of the first complete performance of the Ring.

The title is a translation into German of the Old Norse phrase Ragnarök, which in Norse mythology refers to a prophesied war among various beings and gods that ultimately results in the burning, immersion in water, and renewal of the world. This 1965 recording stars Wolfgang Windgassen and Birgit Nilsson Sir Georg Solti conducts the Vienna Philharmonic.