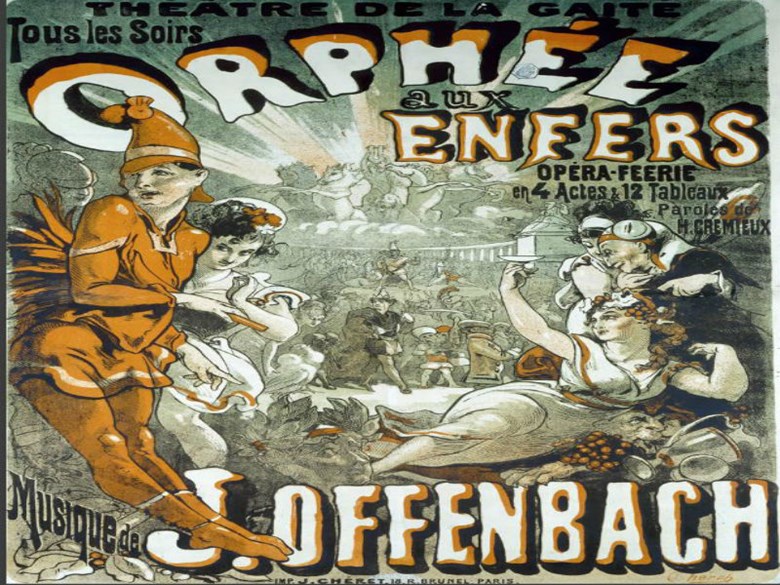 Orphée aux enfers, whose title translates from the French as Orpheus in the Underworld, is a comic opera. Its score was composed by Jacques Offenbach to a French text written by Ludovic Halévy and later revised by Hector-Jonathan Crémieux. The work, first performed in 1858, is said to be the first classical full-length operetta. Offenbach's earlier operettas were small-scale one-act works, since the law in France did not allow full-length works of certain genres. Orpheus was not only longer, but more musically adventurous than Offenbach's earlier pieces. This also marked the first time that Offenbach used Greek mythology as a background for one of his pieces. The operetta is an irreverent parody and scathing satire on Gluck and his Orfeo ed Euridice and culminates in the risqué Galop infernal ("Infernal Galop") that shocked some in the audience at the premiere.

Orpheus in the Underworld