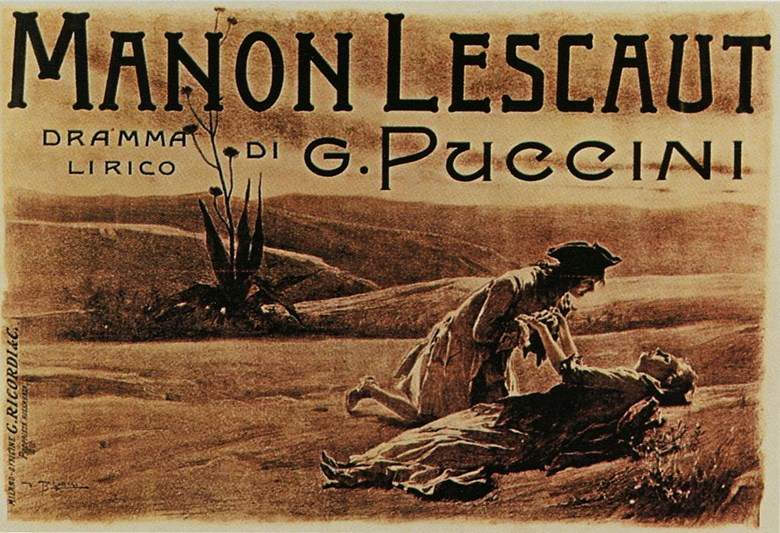 Manon Lescaut is an opera in four acts by Giacomo Puccini. The story is based on the 1731 novel L’histoire du chevalier des Grieux et de Manon Lescaut by the Abbé Prévost.

The libretto is in Italian, and was cobbled together by five librettists whom Puccini employed: Ruggero Leoncavallo, Marco Praga, Giuseppe Giacosa, Domenico Oliva and Luigi Illica. The publisher, Giulio Ricordi, and the composer himself also contributed to the libretto. So confused was the authorship of the libretto that no one was credited on the title page of the original score. However, it was Illica and Giacosa who completed the libretto and went on to contribute the libretti to Puccini's next three – and most successful – works, La Boheme, Tosca and Madama Butterfly.