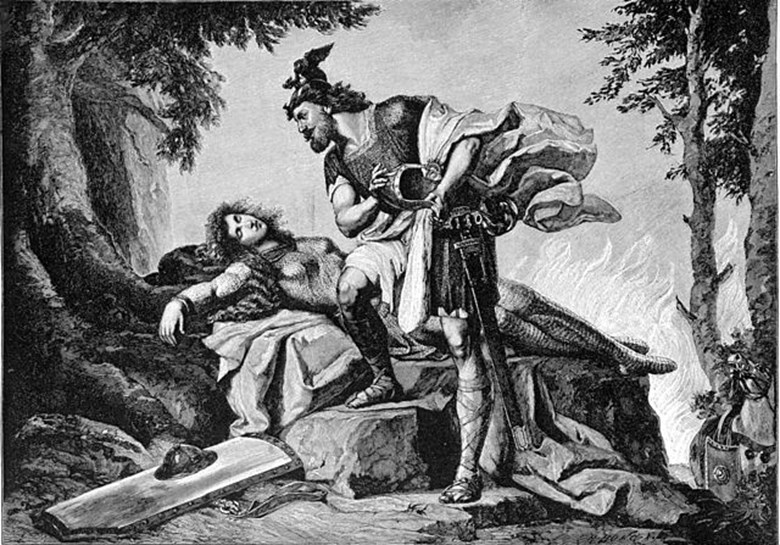 Siegfried is the third of the four music dramas that constitute Der Ring des Nibelungen (The Ring of the Nibelung), by Richard Wagner. It premiered at the Bayreuth Festspielhaus on August 16, 1876, as part of the first complete performance of The Ring cycle.
The libretto arose from Wagner's gradual reconception of the project he had initiated with his libretto Siegfrieds Tod (Siegfried's Death) which was eventually to be incarnated as Götterdämmerung, the final section of the Ring cycle
Wagner recounted The Story of the Youth Who Went Forth to Learn What Fear Was, based on a fairy-tale of the Brothers Grimm. It concerns a boy so stupid he had never learned to be afraid. Wagner wrote that the boy and Siegfried are the same character. The boy is taught to fear by his wife, and Siegfried learns it when he discovers the sleeping Brünnhilde.
Cast:
Siegfried - Wolfgang Windgassen
Brunnhilde - Birgit Nilsson
The Wanderer - Hans Hotter
Mime - Gerhard Stolze
Fafner - Kurt Bohme
The Vienna Philharmonic
Sir Georg Solti - conductor
DECCA - 1963
8:00 p.m.
8:00 p.m.
Solti
Wagner
The Ride of the Valkyries
Amazon
8:11 p.m.
Windgassen/Hotter/Nilsson
Richard Wagner
Siegfried
Vienna Philharmonic; Sir Georg Solti, conductor
Amazon
﻿ Older