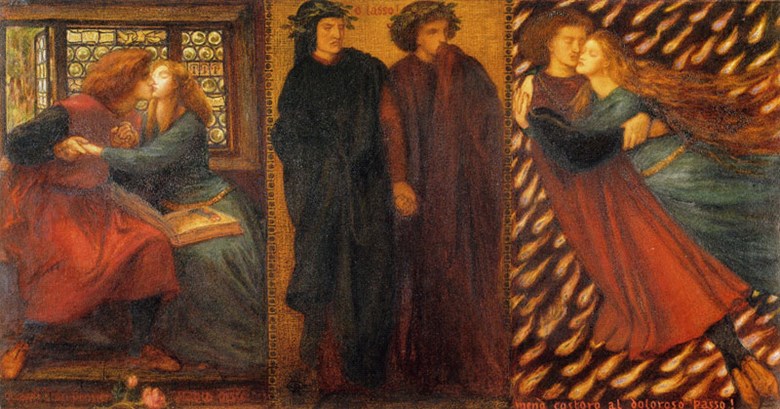 Francesca da Rimini, Op. 4, is an opera in four acts, composed by Riccardo Zandonai, with libretto by Tito Ricordi, (1865–1933), after the play Francesca da Rimini by Gabriele d'Annunzio. It was premiered at the Teatro Regio in Turin on February 19, 1914, and is still staged occasionally.
This opera is Zandonai's best-known work. In the New Grove Dictionary of Opera, Renato Chiesa calls it "one of the most original and polished Italian melodramas of the 20th century, [which] combines a powerful gift for Italian melody ... with an exceptional command of orchestration."
Daughter of Guido I da Polenta of Ravenna, Francesca was wedded in or around 1275 to the brave, yet crippled Giovanni Malatesta, son of Malatesta da Verucchio, lord of Rimini. The marriage was a political one; Guido had been at war with the Malatesta family, and the marriage of his daughter to Giovanni was a way to secure the peace that had been negotiated between the Malatesta and the Polenta families. While in Rimini, she fell in love with Giovanni's younger brother, Paolo. Though Paolo, too, was married, they managed to carry on an affair for some ten years, until Giovanni ultimately surprised them in Francesca's bedroom some time between 1283 and 1286, killing them both.
In Inferno
In the first volume of The Divine Comedy, Dante and Virgil meet Francesca and her lover Paolo in the second circle of hell, reserved for the lustful. Here, the couple are trapped in an eternal whirlwind, doomed to be forever swept through the air just as they allowed themselves to be swept away by their passions. Dante calls out to the lovers, who are compelled to briefly pause before him, and he speaks with Francesca. She obliquely states a few of the details of her life and her death, and Dante, apparently familiar with her story, correctly identifies her by name. He asks her what led to her and Paolo's damnation, and Francesca's story strikes such a chord within Dante that he faints out of pity.
Cast:
Francesca - Maria Caniglia
Mario Tommasini - Ostasio
Carlo Tagliabue - Gianciotto
Giacinto Prandelli - Paolo
Orchestra and Chorus of RAI of Turin
Antonio Guarnieri - conductor
CETRA - 1950
8:00 p.m.
8:00 p.m.
Pietro Mascagni
Cavalleria rusticana, opera Intemezzo
Czecho-Slovak Radio Symphony; Ondrej Lenard, conductor
Amazon
8:06 p.m.
Renata Tebaldi Carlo Bergonzi
Puccini
Love Duet Act 1 Madama Butterfly
Amazon
8:30 p.m.
Maria Caniglia
Riccardo Zandonai
Francesca da Rimini
RAI
Buy
11:00 p.m.
11:25 p.m.
Fleming · Heppner · Zajick · Hawlata · Urbanová
Dvorak
Rusalka: Act One: Mesicku na nebi hlubokem (Rusalka) - A. Dvorak
Amazon
11:32 p.m.
Birgit Nilsson
Richard Stauss
Salome Finale
Amazon
11:47 p.m.
Franco Corelli
Verdi
Ah si ben mio Di Quella Pira
Amazon
11:53 p.m.
Pietro Mascagni
Cavalleria rusticana, opera Intemezzo
Czecho-Slovak Radio Symphony; Ondrej Lenard, conductor
Amazon
﻿ Older 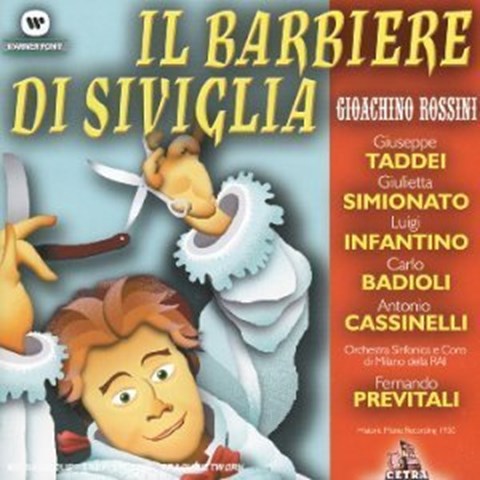