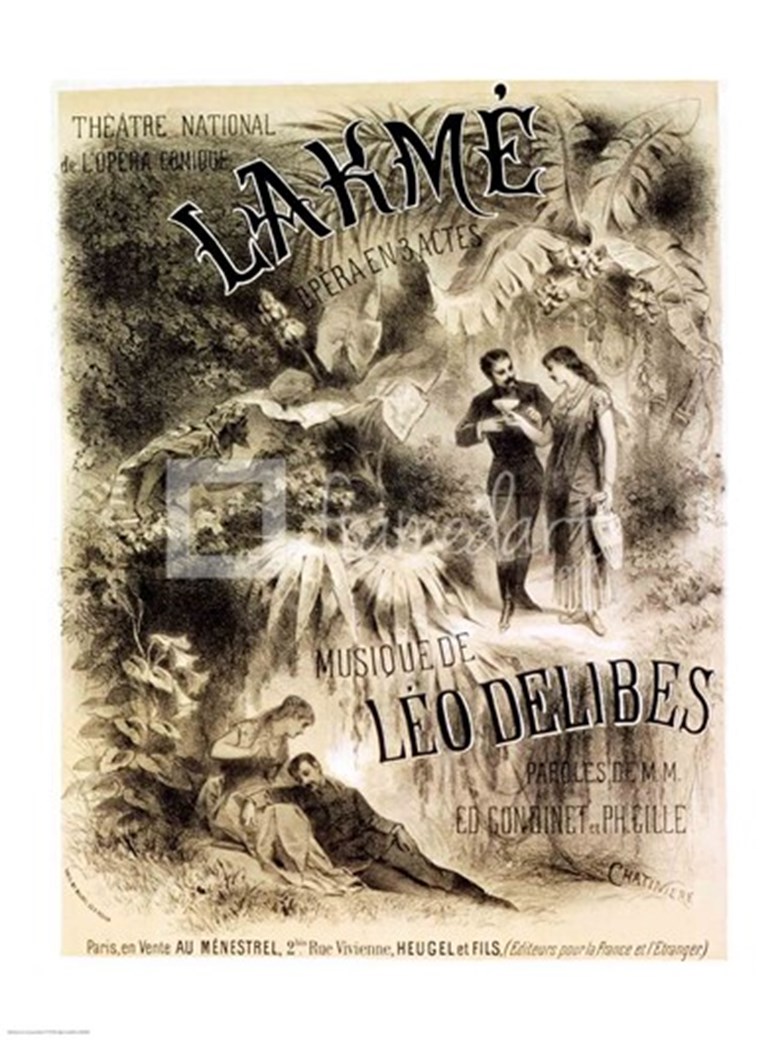 Lakmé is an opera in three acts by Léo Delibes to a French libretto by Edmond Gondinet and Philippe Gille.
The opera includes the popular Flower Duet for a soprano and mezzo-soprano, performed in act 1 by Lakmé, the daughter of a Brahmin priest, and her servant Mallika. The name Lakmé is the French rendition of Sanskrit Lakshmi, the name of the Hindu Goddess of Wealth. The opera's most famous aria is the "Bell Song" in act 2.
Following its premiere at the Opéra Comique in 1883, Lakmé reached its 500th performance there on June 23, 1909 and 1,000th on May 13, 1931. A series of performances took place at the Théâtre Gaîté Lyrique Paris in 1908, with Alice Verlet, David Devriès and Félix Vieuille.
Side Note: The Indian fashion brand of cosmetics Lakmé, established in 1952 by the Tata Group and now owned by Hindustan Unilever, is named after the opera.
Cast:
Lakme - Natalie Dessay
Gerald - Gregory Kunde
High Priest - Jose Van Dam
Mallika - Delphine Haidan
Orchestra and Chorus of the Capital of Toulouse
Michel Plasson - conductor
Recorded on EMI Music France - 1998