We have works by a different female composer every weekday during March, Women's History Month.

Throughout the day today you'll hear music of Cécile Chaminade, French composer and pianist born 1857 in Paris. She first studied music with her mother, a singer and pianist. However, her father disapproved of a formal education at a conservatory so she privately studied piano, violin and composition with individuals including acclaimed composer Benjamin Godard. By age eight she performed some of her own music for Georges Bizet who was impressed. Ten years later she gave her first public performance and her piano compositions, especially, soon became popular in France and abroad.

She toured France many times while young and with her compositions growing in favor, made her first of many tours to England at about age 35; then later, at about age 51, through the USA where sheet music of her piano pieces had already become popular and found in many homes. At about age 57 she was awarded France's highest order of merit, the Légion d'Honneur, a first for a female composer.

Chaminade's piano music and songs won the most widespread success and critical reviews, while her ballet, opera and orchestral suites were less successful. Still, almost all of her music was published in her lifetime and sold well. Cécile Chaminade passed away in Monte Carlo in 1944. 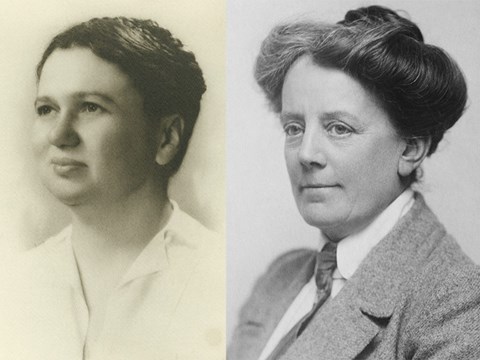