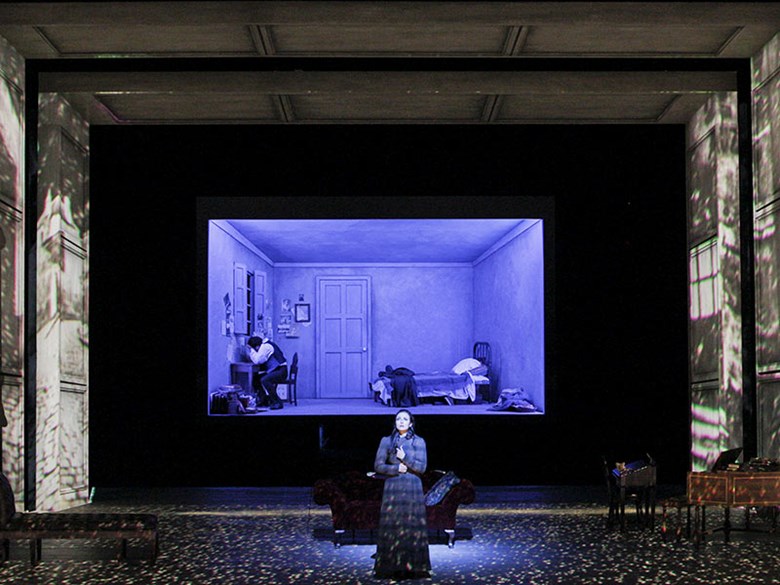 The Met Opera regrets to announce that the Met has canceled the remainder of the 2019–20 season of live performances due to the coronavirus pandemic. This includes all performances and Live in HD transmissions. Weekly radio broadcasts will continue with the scheduled opera, but in archived performances.

This week's performance of Jules Massenet’s gripping romantic tragedy, Werther, is a performance from 2014. German tenor Jonas Kaufmann sang the title role, a young poet tormented by an impossible love, in a broadcast that was also a highlight of the Met’s 2013-14 Live in HD season. French mezzo-soprano Sophie Koch made her company debut in this production as the dutiful Charlotte, who struggles to deny her attraction to Werther. Lisette Oropesa, a leading soprano at the Met this season, appeared here as Charlotte’s younger sister Sophie, and baritone David Bizic was Charlotte’s dependable husband Albert. Alain Altinoglu conducted the Metropolitan Opera Orchestra.
Werther is based on Goethe’s novel The Sorrows of Young Werther. A sensation when it appeared in 1774 (and partly inspired by the author’s own experiences), it tells the story of a melancholy poet whose love for a married woman and general disaffection with the world lead to his suicide.

The novel and opera are set in a small town near Frankfurt, Germany, in the late 18th century.


Click in the "LINKS" area for more information on the Met website about Werther including cast, synopsis, history and more.
﻿ Older