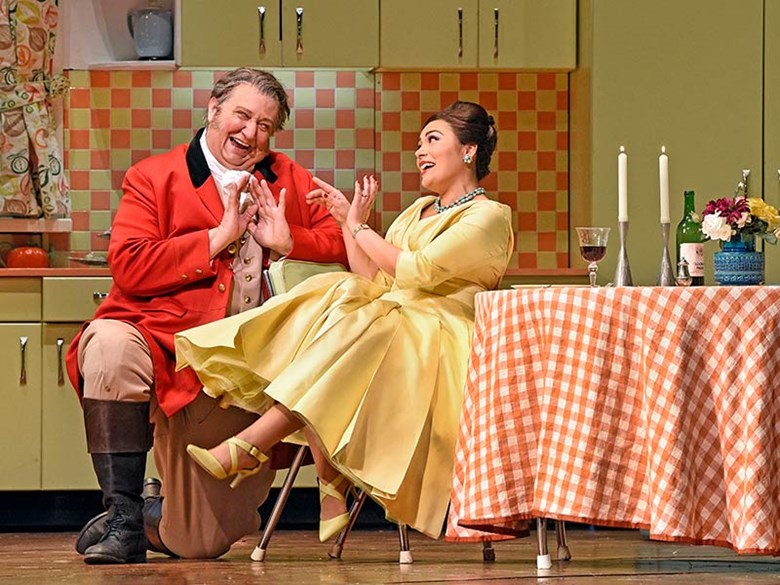 Baritone Ambrogio Maestri brings his larger-than-life portrayal of the title role back for the first time since his Met role debut in the 2013–14 season and features an exceptional cast that includes soprano Ailyn Pérez as Alice Ford and soprano Golda Schultz as Nannetta.

A deeply human comedy full of humor and genuine emotion, Verdi’s last opera is a splendid finale to an unparalleled career in the theater. The story is an amalgamation of scenes from Shakespeare, primarily drawn from the comedy The Merry Wives of Windsor. It centers on the remarkable personality of Sir John Falstaff, one of literature’s most compelling characters. With a supremely well-crafted score, which has long commanded the respect even of Verdi’s critics, it is an astounding work and among the greatest operatic comedies of all time.

The opera is set in and around the town of Windsor, west of London, in the first decades of the 15th century. This production places the action in mid-20th century England, after the Second World War—an era when long-established social norms were rapidly changing and the aristocracy lost much of their wealth and influence.


Click in the "LINKS" area for more information about "Falstaff."
﻿ Older 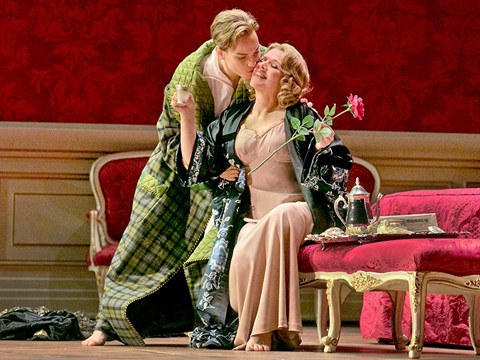 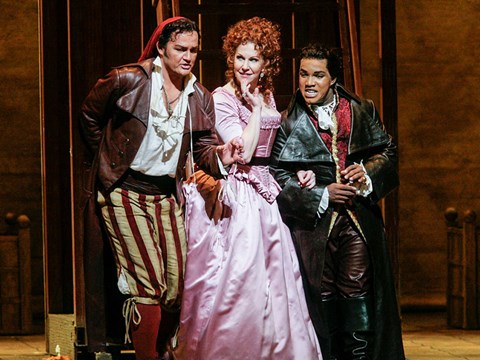 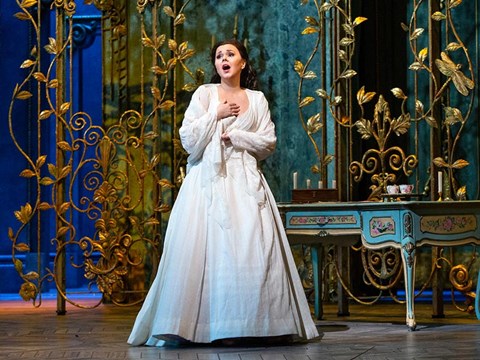