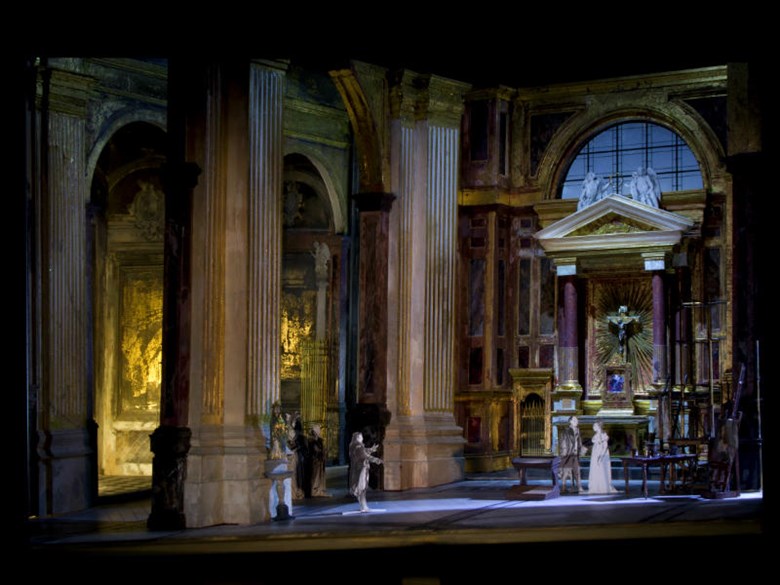 The score of Tosca is considered a prime example of the style of verismo, an elusive term usually translated as “realism.” The typical musical features of the verismo tradition are prominent in Tosca: short arias with an uninhibited flood of raw melody, ambient sounds that blur the distinctions between life and
art, and the use of parlato - words spoken instead of sung - at moments of tension.

SEE "Tosca" live in a local cinema!  The Met Opera broadcasts select live productions directly into cinemas so you can see the opera instead of only listen on the radio. Click the link on this page to go to the Met Opera's website for info and to find a cinema near you!  Start times are generally 9:55am here on the west coast.

After this, upcoming productions in cinemas are: 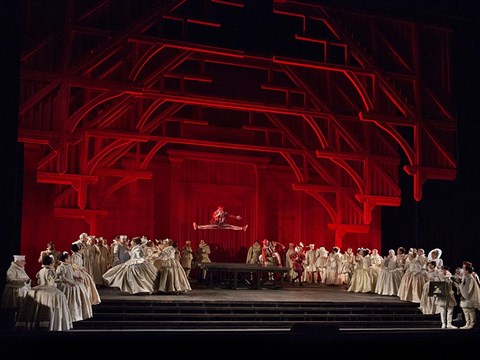