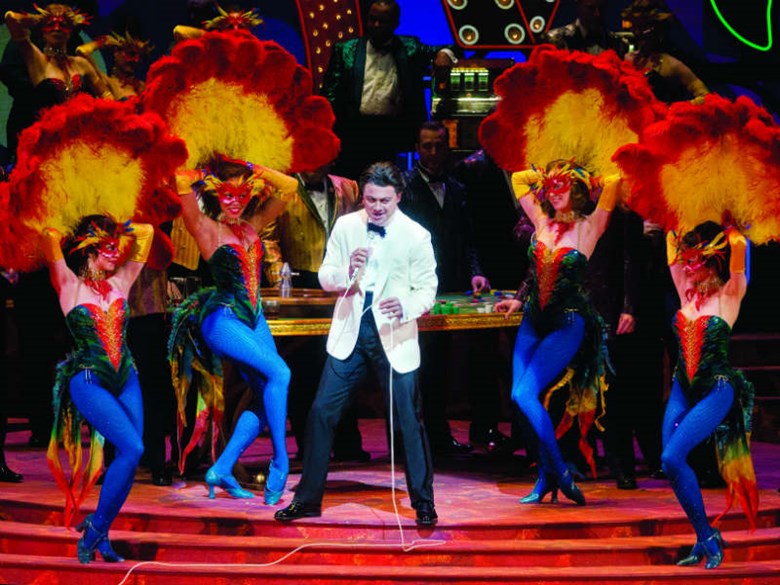 Based on a controversial play by Victor Hugo, "Rigoletto" tells of an outsider — a hunchbacked jester — who struggles to balance the dueling elements of beauty and evil that exist in his life. Written during the most fertile period of Verdi’s artistic life, the opera resonates with a universality that is frequently called Shakespearean.

Verdi and his librettist, Francesco Maria Piave, fought with Italian censors against appearing to comment on depraved royal authority and eventually settled on moving the story to the non-royal Renaissance court of Mantua, while holding firm on the core issues of the drama. In a similar shift of time and place, this production is set in 1960 Las Vegas with surprising parallels to the decadent world of the original setting.

Rigoletto contains a wealth of melody, including one that is among the world’s most famous: “La donna è mobile.” All the opera’s solos are rich with character insight and dramatic development. The famous Act III quartet, “Bella figlia dell’amore,” is an ingenious musical analysis of the diverging reactions of the four principals in the same moment: the Duke’s music rises with urgency and impatience, Gilda’s droops with disappointment, Rigoletto’s remains measured and paternal, while the promiscuous Maddalena is literally all over the place.


Click for more information about "Rigoletto" in the "LINKS" area.
﻿ Older