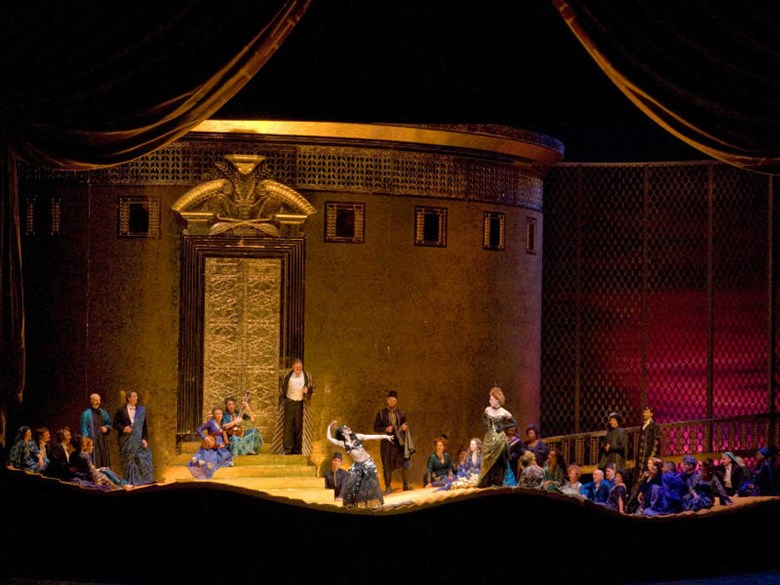 Massenet’s opera about the power of feminine allure and the desperation of male obsession. Thaïs is an Egyptian courtesan and priestess of Venus whom the Christian monk Athanaël seeks to reform.

The opera takes place in the city of Alexandria, Egypt, and in the surrounding desert, in the fourth century A.D. Alexandria was a cosmopolitan city, while the harsh desert was the birthplace of the severe traditions of hermits and monks. The setting reflects the conflict of human passion and religious fervor that is at the core of the drama.