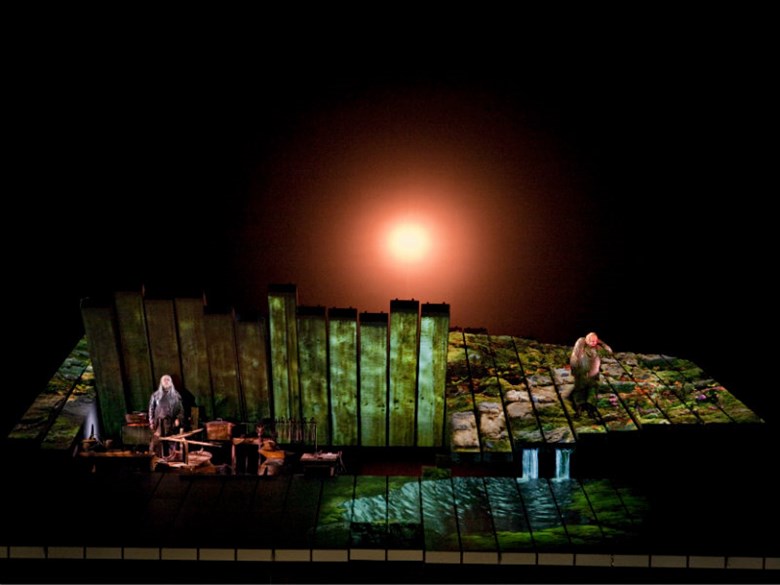 A scene from Act I of the Met's production of Wagner's "Siegfried." Photo: Ken Howard/Metropolitan Opera


NOTE THE EARLY START TIME OF 9:00AM this week!

The third opera in Wagner’s four-part Der Ring des Nibelungen, Siegfried is the coming-of-age story of the ultimate hero and his role in the struggle for supreme power, which is embodied by the magic ring introduced in Das Rheingold. While characters from earlier parts of the saga return in Siegfried, the emphasis is clearly on the impetuous title hero who knows no fear and, eventually, on fallen warrior-goddess Brünnhilde in her mortal incarnation.

Siegfried is set in mythological times, when gods and other creatures contend for dominion over the earth while humans are emerging as a new power.


Click in the "LINKS" area for more information about Siegfried.