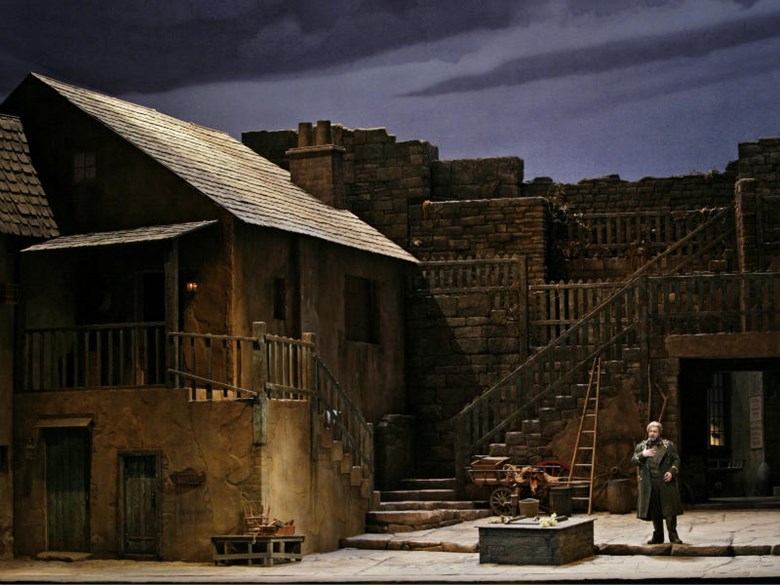 Plácido Domingo adds yet another role to his legendary Met career in this rarely performed Verdi gem, a heart-wrenching tragedy of fatherly love. The story centers on the bond between a father and his daughter as they stand together against a hostile world.

It is against the lower voices throughout the score that the high tessitura of Luisa’s soprano takes on an additional feel of lightness and purity. Sonya Yoncheva sings the title role opposite Piotr Beczała in the first Met performances of the opera in more than ten years.

The opera was originally set during the first half of the 17th century in the Tyrolean Alps (now part of Austria); the Met’s current production updates the setting to rural England in the
era of the work’s composition.

SEE Luisa Miller live in a local cinema!
The Met Opera broadcasts select live productions directly into cinemas so you can see the opera instead of only listen on the radio. Click the link on this page to go to the Met Opera's
website for info and to find a cinema near you. Start time in a cinema this week is 9:30am here on the west coast (but 10am on CapRadio).

After this, the final Met Opera production of the season in a cinema is: